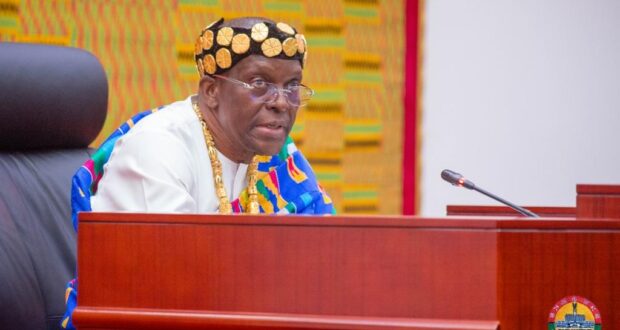 No COVID-19 vaccination proof; no entry to Parliament – Bagbin

The Speaker of Parliament, Mr Alban S.K. Bagbin says nobody will be admitted into any office at Parliament without proof of a COVID-19 vaccination.

Speaking during Wednesday’s Parliamentary sitting, Speaker Bagbin said the move was based on the recommendation of experts that vaccination remains a trusted approach to dealing with pandemics, thus his latest directive.

“Medical experts have strongly recommended that even after taking two shots of the vaccine, one will require a booster shot to provide an extra layer of protection against the virus. I want at this stage to state that this booster vaccination is compulsory for everyone working within the precincts of Parliament,” he said.

“Henceforth, members, staff and ancillary staff will be required to show proof of vaccination before being allowed into any office within the precincts of Parliament.”

The Speaker’s directive ties into an earlier directive, urging all government and public agencies in the country to ensure that persons who enter their various premises have been vaccinated.

A group of Ghanaian doctors, known as ‘Concerned Ghanaian Doctors’ petitioned President Akufo-Addo against government’s decision to embark on a mandatory decision of all citizens.

According to the group, there are a number of unanswered questions surrounding the efficacy of the vaccines and their safety for the populace.

The 11 doctors also argued that some developed countries are struggling to contain the pandemic, despite their robust vaccination regimes.

Watch the video below for Wednesday’s proceedings in Parliament