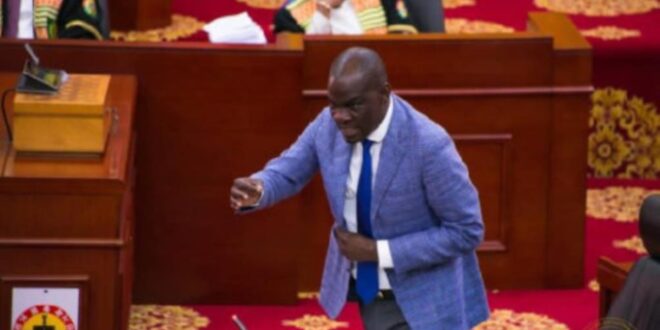 The Minority Leader, Haruna Iddrisu, has demanded that the Executive Director of the National Identification Authority (NIA) and the supervising Minister of the Ghana Card registration exercise appear before Parliament.

According to him, the time is ripe for the Authority to update the House on its operations, considering the growing importance of the card in national activities.

“I am demanding that the National Identification Authority be hauled before Parliament and any supervising minister to give adequate reports on the status of the national identification exercises,” Mr Iddrisu said in Parliament on Tuesday.

Government has been working to make the Ghana Card the core identification document in Ghana.

It is currently being used to register for government services like Passports and being merged with Social Security and National Insurance Trust (SSNIT).

Last week, the Central bank announced that Ghana Card will solely be the recognised identification card in banks and other regulated financial institutions from Friday, July 1, 2022.

Meanwhile, a nationwide re-registration of SIM cards is underway.

The exercise aims to curb SIM Boxing and other criminal activities perpetrated by fraudsters using fake SIM cards and facilitate E-education, among others.