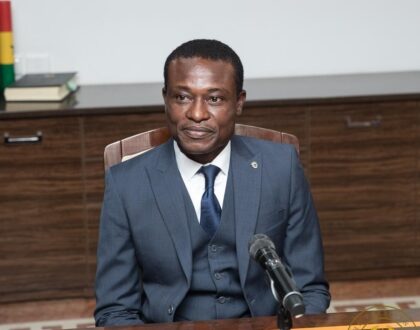 The Special Prosecutor, Kissi Agyebeng, has declared that he will go after election officials who tamper with results in the presidential and parliamentary polls.

According to him, the Office of the Special Prosecutor (OSP) is clothed with powers to prosecute presiding and returning officers who forge election results.

Speaking to Nana Aba Anamoah on Starr Chat Wednesday, Mr Agyebeng said, unlike election petitions that the court’s jurisdiction has to be evoked, his office will demand and audit pink sheets if the need arises.

He indicated that officers who fail to account for their stewardship will be made to face the full rigours of the law.

“…false declaration in respect of elections. The public should know this; I’m not the Supreme Court, but thankfully I don’t have to wait for the collation of the pink sheets at the Supreme Court to make a case. If you’re a Returning Officer or Presiding Officer, and you change results, I’m coming for you.”

“Immediately you declare the results, I’m calling for it, and I’m matching polling station to polling station; what you have done and if I find discrepancies…then you should be answering to me as to why from the transfer from the pink sheets to the blue sheets, there is a gap. So immediately you are not offering a reasonable excuse, I’m prosecuting you for that offence,” he said.

There have been calls for presiding officers cited for being derelict in discharging their duties to be sanctioned to reduce the errors witnessed during the collation of election results.

The Special Prosecutor believes the initiative may make the job of election petitioners who wish to challenge the polls easier either at the High or Supreme Court.

Mr Agyebeng also hinted that the OSP will begin rolling out cases it has received in October, 2021.