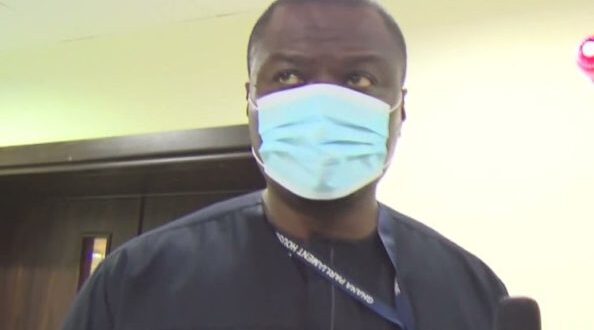 The Chairman of Parliament’s Health Committee has stated that the incumbent government cannot be held responsible for the delay in completing some nine health projects that were started under the erstwhile Mahama administration.

Dr Yaw Afriyie, speaking on JoyNews explained that the construction firm, a British entity that is to oversee the project is to complete the health facilities with its own funding.

These funds he said on PM Express are to come from the UK Export Fund, thus, his position that government is innocent of any allegations levelled against it.

“The money is not coming from Ghana governments, it is coming from the UK. If you want advance mobilization, what you have to do is that the Ministry of Health will submit your withdrawal letter to the Ministry of Finance and they, in turn, will pass it on to the UK and the UK will release the money.

“As I speak with you, all these have been done. We are waiting for fund to be released from the UK so the contractors can complete Kumawu, Fomena, European Hospital. If the money is not coming, do you blame the government for this? I don’t understand,” he told host, Ayisha Ibrahim.

His comments come as a response to concerns raised by Ranking Member on Parliament’s Health Committee, Kwabena Mintah-Akandoh who accused the incumbent government of failing to complete projects started by the previous government.

According to him, the Fomena and Abetifi health projects are in a deplorable state.

“The Fomena hospital can no longer be said to be 90 per cent complete. It is deteriorating. The ceiling has caved in. There are completed medical doctors and nurses’ bungalows taken over by weeds. The bungalows have been tiled and have air conditioners. If it is not wickedness, tell me one word to describe this situation,” he said.

He further accused the government of causing financial loss to the state.

But Dr Yaw Afriyie says the NDC should be interrogated on why a large sum of money was spent on the projects but little was done. He also wants to find out why the agreement was not renewed by former Finance Minister Seth Tekper when the deal was due to expire.

He stated that 85 per cent of USD175million had been used by the NDC government and with that only the Dodowa health facility was completed.

“The program was supposed to have ended on December 31, 2016, where they would have constructed almost about 10 hospitals.

“As of 2016, in August when it went for renewal, they had only completed Dodowa and the remaining were on average about 50 per cent complete. Yet about 85 per cent of the money had been given out. Out of USD175million, it was left with almost USD38million. So the financial consumption had outweighed what was there physically and for that matter, they went to the then Finance Minister Seth Terpker for renewal and he decided not to renew it in August and it actually expired in December 2016.

“The question is going to be that, I want to find out why the former Minister, Seth Terpker did not renew the mandate of the then contractors.”

Meanwhile, Dr Afriyie is of the view that the Health Minister is best placed to provide further details on the matter.