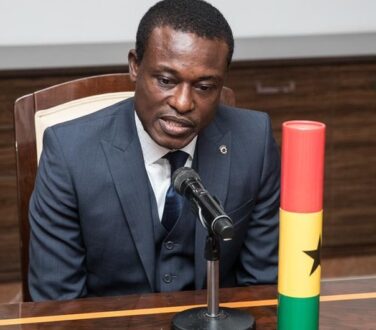 Special Prosecutor to begin rolling out corruption cases in October

It has been barely two months since President Akufo-Addo sworn Mr Kissi Agyebeng into office as Special Prosecutor.

Already, he has declared October to be the month when the Office of the Special Prosecutor (OSP) will begin rolling out cases brought before it.

Speaking in an interview with Nana Aba Anamoah on Starr Chat Wednesday, Mr Agyebeng said that since assuming office in August, he has received loads of petitions on corrupt cases.

According to him, the OSP has reviewed all the cases and very soon the necessary actions will be taken on them.

“I said something at my vetting that I was going to review every case. Every single case. From 5th August till now, I have been reviewing all the cases. I’ve reviewed all the cases and from October, we are going to start rolling them out. The cases cut across. Everybody in Ghana falls under our mandate in respect of corruption and corruption-related activities. It’s not only about the public sector,” he said.

He added that most of the petitions received were with respect to the public sector with quite a number from the private sector including cases calling for the prosecution of their family heads and chiefs.

The Special Prosecutor assured all the petitioners that their concerns will be looked at and once a corrupt act is established, the perpetrators will be prosecuted in accordance with the laws of Ghana.

“Some of the petitions are very interesting that ordinarily some people won’t think about. There’s a family head here. He’s dissipating proceeds from the sales of stool lands and these persons are tabling them but I must sound this; it is not every case that the OSP is mandated to tackle,” he indicated.

Mr Kissi Agyebeng further revealed that plans are underway for the OSP to construct a forensic laboratory to carry out specialised and sophisticated scientific work.

He said the Special Prosecutor’s office will as much as possible be made independent and will not rely on other institutions to carry out its forensics.

Some Civil Society Organisations and individuals have cast doubt over the ability of the OSP to tackle corruption in society especially, considering the circumstances that surrounded the resignation of the first Special Prosecutor, Martin Amidu.

But the 43-year-old lawyer is confident of making corruption a risky and costly venture in the country.