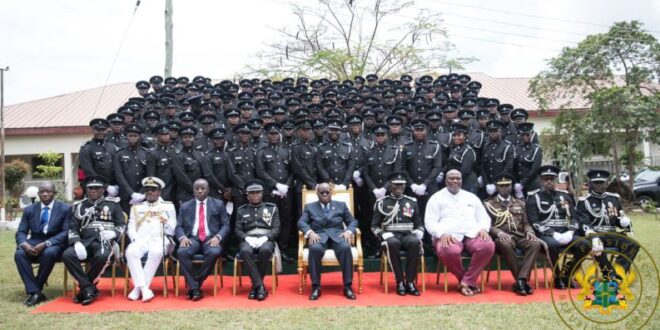 President Nana Akufo-Addo says the Police Service will take delivery of two gazelle light attack helicopters and one Airbus 350 helicopter, in November this year, to enhance its work.

According to President Akufo-Addo, hangars for the helicopters, located at the National Police Training School, have been completed, and six officers, who will fly these helicopters, have completed their training in South Africa.

The President made this known on Friday, when he delivered a speech at the graduation ceremony of the 50th Cadet Officers’ Course, at the Police Training Academy, at Tesano, Accra.

Speaking at the event, the President noted that Government, in recognition of the difficulties and dangers confronting police personnel in the discharge of their duties, remains committed to resourcing the Service, by the provision of adequate personnel and logistics to enable them to deliver on their mandate.

“To this end, since I came to office in January 2017, a total of 568 vehicles, including 15 operational buses, have been presented by government to the Service, a feat unprecedented in its history,” he said.

Apart from the existing Formed Police Unit (FPU) in Accra, President Akufo-Addo revealed that an additional 22 light armoured vehicles have been procured for use by the FPUs to be established in November in the Northern, Upper East and Ashanti Regions. 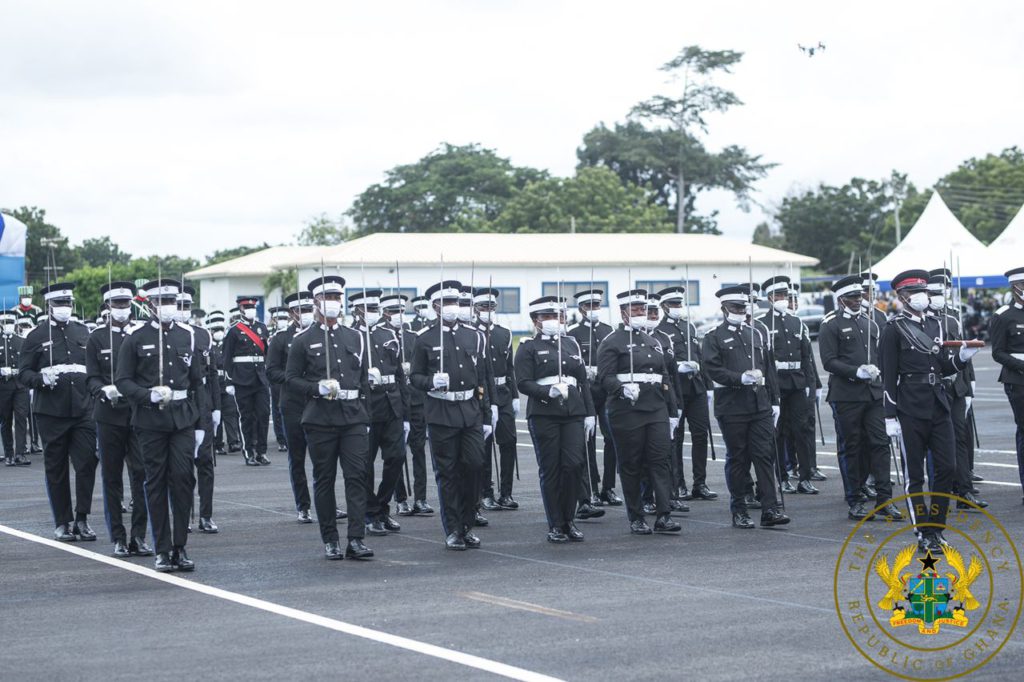 In the next one-and-half years, FPUs will be established in the remaining regions that do not have FPUs.

“Two hundred motorbikes have also been distributed to members of the Community Policing initiative to boost the presence of the police in our communities. Modern communication equipment and 4,500 fragmentation jackets have been procured and delivered to the Service to protect officers, and help ensure effective policing,” President Akufo-Addo said.

Government, the President added, has strengthened the cyber crime-fighting capabilities of the Service, through the setting up of a Computer Emergency Response Team (CERT) Centre at the National Communications Authority (NCA).

Towards protecting the country’s maritime waters, and its offshore oil and gas installations, the President revealed that the Ministry of the Interior has procured three Alligator Silver boats in fulfilment of the pledge he made to expand and resource the Marine Police, in order to help them work with the Ghana Navy.

In addition to retooling the forensics lab of the Criminal Investigations Department (CID), he said that, for the first time in the history of the Department, crime officers are given a monthly allowance to support their investigations.

“On addressing the housing needs of the Service, the construction of 320 housing units at the National Police Training School is at an advanced stage of completion.

“Work is ongoing on the construction of a barracks at Kwabenya, to replace the one adjacent to the DVLA at 37, which is not fit for purpose. A new mechanical workshop for the Service is also being constructed at Bohye, near Haatso,” he added.

In addition to the yearly increments of salaries for all police personnel, government, he said, has placed them, like the other members of the security services, under the CAP 30 Pension Scheme.

“Clearance has been given for the Police Service to recruit some 5,000 more personnel to augment the manpower base of the Service, in a bid to meet the recommended UN police-civilian ratio of 1:500. Prior to this, a total of 4,000 persons were recruited into the Police Service from 2018 to 2020,” he added.