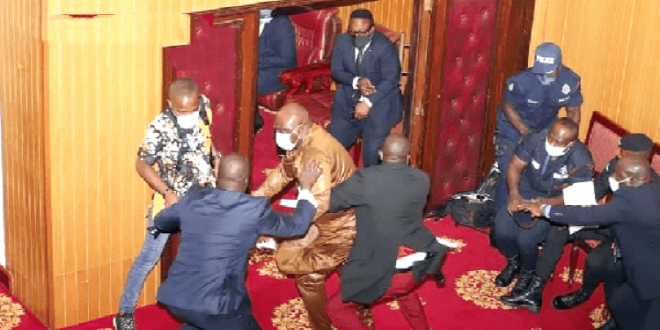 Winner takes all: The bane of Ghanaian politics

The Winner-Takes-All (WTA) system of politics is one in which all the candidates who do not emerge victorious in an election receive no authorised role in the politico-legal system of the country, irrespective of the number of votes they obtained in the election and the voices of the citizens they represent.

It is usually an outcome of the first-past-the-post electoral system, which is currently practised in Ghana.

Under our constitutional arrangements, the consequences of the WTA system are even more pronounced in the executive arm of government, in which there is only one position — of the president — that can be filled.

At least, in the Legislature, there are 275 seats to be filled, which may offer some hope for a role in governance for opposition parties.

In a consequential catch-22 for “losers” in a WTA election, every other position and their associated powers are derived from the President, who appoints ministers and deputy ministers, Metropolitan, Municipal, District Chief Executives (MMDCEs), and 30 per cent of the members of the local assembly.

In addition to this, Article 70 of Ghana’s 1992 Constitution empowers the President to appoint the leadership of independent constitutional bodies and public corporations. Moreover, the President appoints and disappoints the heads and a majority of the council members of the country’s security services, including the Police Service, the Armed Forces, and the Prisons Service. This arrangement overwhelmingly empowers the President in what was meant to be a system of checks and balances.
Furthermore, the Legislative arm of government, or Parliament, which is supposed to exercise oversight responsibility and act as a watchdog over the Executive arm, has also been weakened by
some provisions in the 1992 Constitution. For instance, Article 78 instructs the President to appoint a majority of his administration’s ministers from Parliament. This provision coupled with the President’s power to appoint boards of public corporations tempts most MPs from the ruling government to pursue a path that impresses and pleases the President in the hope that they will be given appointment, even at the expense of their constitutional responsibilities.

The WTA system of politics has been a major source of the problems under the current Fourth Republic as most of the existential threats to an effective Ghanaian democracy trace their roots to this phenomenon. Although we celebrate the fact that since the return to constitutional rule under the 4th Republic, the National Democratic Congress (NDC) and the new Patriotic Party (NPP) have alternated political power in the country, with each party having served an equal four terms, we must interrogate how the transitions have been carried out.

After every election that produced a change in government (from one duopoly to the other), the transition process has been marred by incidents of aggressive takeovers of government institutions, businesses and properties by foot soldiers and party vigilantes associated with the newly-constituted government. Public servants — especially ministers, deputy ministers and presidential staffers — are fiercely and humiliatingly chased out like enemies, and those in stewardship of state property are pursued like armed robbers. Heads of public institutions, together with their boards, are not spared either.

They are axed irrespective of their qualifications or the competence they offer to the country. Constitutional bodies such as the Commission of Human Rights and Administrative Justice (CHRAJ), the Electoral Commission (EC), the Auditor-General’s Office and the National Commission for Civic Education (NCCE) also have their fair share of the attacks.
Officers appointed by the previous regime become the target of the new party’s members for abuse, antagonism and unwarranted removal through various schemes.

Employment into the public sector requires party cards and national scholarship schemes are no longer based on merit, but on party affiliations. In all these is a subtle communication to the general public that once you don’t belong to the ruling party, you are excluded from the political arena and most public welfare and are considered to have nothing meaningful to contribute to the state. For the past 30 years, the country has had to deal with this cycle of political exclusion and marginalisation among the political class. Indeed, there appears to be an unwritten political consensus of non-cooperation, non-collaboration and non-continuity between the two major parties.

Beyond the general public, though, the WTA system also affects the political system. Political office is now more a lucrative venture than a public service in which a candidate who wins the presidency is endowed with all other positions within the executive arm of government and beyond. It has become a case of “seek ye first the Presidency and all other things shall be added unto you”.

This often raises the stakes for the general election, producing the current situation of two giant political duopolies who will do anything to perpetuate their stay in office, including resorting to electoral violence. They prey on the teeming unemployed youth and recruit them for the activities of vigilantes, with the promise of a rich reward once their party wins power.
Candidates also pay huge sums of money to ensure that they get elected, bolstered by the certainty that they will recoup their investments through fair or foul means when they gain power.

We cannot continue like this. The split Parliament as a result of the 2020 parliamentary elections, has shown that Ghanaians want the two sides of the political divide to work together. Any reform of our governance architecture must, therefore, seek to cure this fundamental problem.

The writer is a Researcher, African Futures and Innovation, Institute for Security Studies, Pretoria.