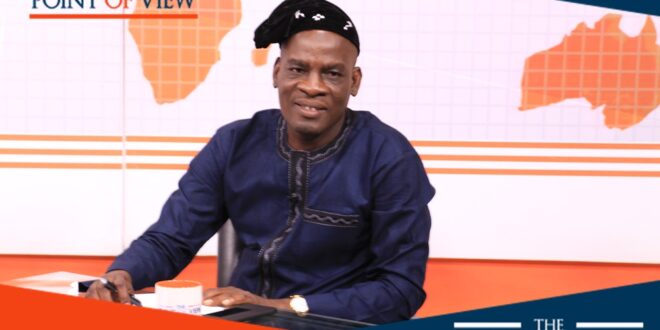 The Minority in Parliament says the government’s plan to purchase a new Presidential jet may not come to fruition because it is bent on resisting the move.

Leader of the caucus, Haruna Iddrisu, believes the government’s quest to purchase the jet is yet another reckless use of tax payer’s money while many citizens live in penury.

Debate on the presidential jet has been in the news for some months now after the Member of Parliament for North Tongu, Samuel Okudzeto Ablakwa, filed urgent questions demanding disclosure of the full cost of President Akufo-Addo’s recent foreign trips without the use of the official presidential jet.

However, the government has said it is almost through in getting a new aircraft to cater for presidential travels; the reason being that the current jet is simply not fit-for-purpose.

But Haruna Iddrisu said the Minority will have none of that. He believes such expenses are wasteful.

He cited the unrelieved economic hardship the country is presently experiencing as one of the fundamental reasons.

Speaking on the Point of View on Citi TV, he told the host, Bernard Avle that, never will his side back the arrangement should it be presented to the house for approval.

“What is this that we hear that because the President cannot bath in the current Falcon, he must buy a new jet, and then we should be interested in providing for the comfort of the President when Ghanaians are reeling under economic hardship? This is a misplaced priority, it is a misplaced expenditure and therefore should not get our support”, Haruna Iddrisu intimated.

The Akufo-Addo government is under fire from Mr. Ablakwa, who has consistently accused the President of wasting taxpayer’s money on hiring luxurious jets for his foreign trips instead of using the  current presidential jet.

But the government explaind that the current jet was not convenient for long-hour trips, as it couldn’t take more numbers and had limited facilities for the comfort of a president.

Haruna Iddrisu said the Minority will soon meet to gather its arsenal just to get moves to procure the presidential jet halted.

“I think the government has not been forthright with the details. The government has not been transparent, we simply want to know how much it cost for the President to travel. No one has said the President should not engage in travels, but let us know what is wrong with the present Ghanaian Presidential jet that we have to go in for a luxurious comfortable jet at the expense of the people. But we do not fight battles standing solo. I don’t believe in that posture. What is important is that the caucus will meet as a matter of necessity.”