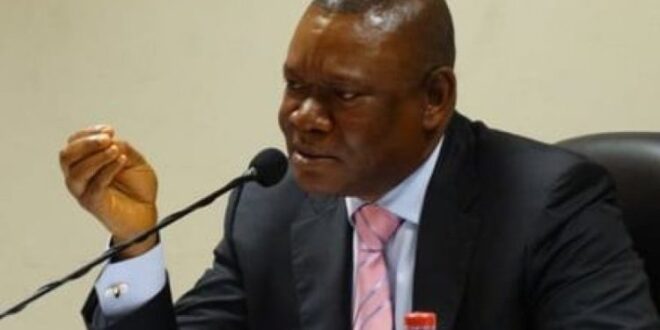 The Association of Magistrates and Judges of Ghana (AMJG), has appealed to the government to pay allowances due to members on time.

According to them, the way their allowances are paid is disrespectful.

“We feel disrespected about the way our allowances are paid as if it is a favour being done to us,” Justice Senyo Dzamefe, the President of AMJG, said, and appealed for the payment to be made on time.

“For so many years, members have not been paid any fuel allowance. It has always been a refund. As usual, we use our own money from our taxed salaries to purchase fuel,” he said at the opening of the 40th AMJG Annual General Meeting in Accra on Wednesday.

Regrettably, fuel allowances of magistrates and judges, refunded later after many months, were taxed as if they were paid upfront, he said, adding: “In effect, we pay double tax for fuel.”

Justice Dzamefe said just as the court insisted very much on timelines in litigation, in their case, that was overlooked when it came to the payment of allowances.

The AGM affords members of the AMJG the opportunity to deliberate on activities within the year and strategize for the new legal year in terms of justice delivery.

This year’s meeting was on the theme: “The Quandary of the Judge in the Digital World.”

Justice Dzamefe said the payment of the allowances had become one of the biggest challenges facing the Association and it was said that judges had to fight every year for their legitimate allowances to be paid.

He said there were instances where the AMJG leadership visits the Ministry of Finance, Controller and Accountant General’s Department, and the Auditor-General to “fight” before allowances were paid.

“As at September 2021, we still have not received any fuel allowance for the year. We are so frustrated,” he said.

Justice Dzamefe noted that the government, since 2019, had also “forgotten about the book and dressing allowance.’’

On salaries, he said whiles those at the superior courts saw an upward adjustment in their salaries, those at the lower courts had not received any new salaries.

There were also challenges with accommodation as the Judicial Service had lost many bungalows to the Cathedral project though it had acquired 21 townhouses at Cantonment being occupied by 21 judges of the superior courts, Justice Dzamefe said.

He also lamented the lack of security for judges, saying there were no CCTV cameras at the courts.

“We have incidents of hooligans entering a court in session to snatch an accused standing trial. A stitch in time, they say, saves nine,” he said.

Justice Dzamefe appealed to the Judiciary to consider changing furniture in courtrooms to make them comfortable and renovate courtrooms in a bad state.

He asked the Judicial Service to sustain exchange programmes for judges at the lower courts so they could learn from best practices.

Mr. Tony Forson Junior, the outgoing President of the Ghana Bar Association, in a goodwill message, said the use of digital technology must enhance the quality of work by the judicial system.

Mr. Alfred Tuah-Yeboah, a Deputy Attorney General, pledged to strengthen the bond between the Attorney General’s office and the Judiciary by ensuring that they got the needed resources for their operations.