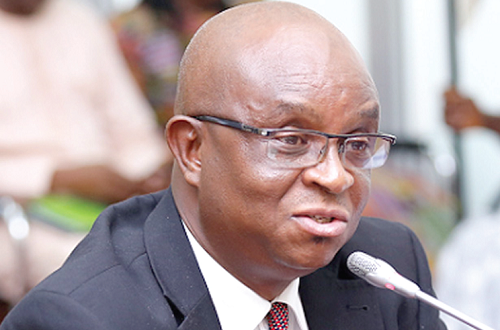 The Local Government Service has ranked the VRCC the best performing for the year 2019/2020.

Mr Daniel Dzegede, Executive Director of the VDF, which had supported calls for the Regional Minister to be retained, said the forum had been vindicated by the recent placement of the VRCC on the local government league.

He said Dr Letsa did a “yeoman’s job.”

“We are all proud and highly elated and would like to sound a very loud thanks to the President for listening to the call of the VDF to reappoint Dr Letsa,” the Director said, adding, “the records are there for all to see the successes chalked up by the VRCC under his tutelage.”

Mr Dzegede said the VDF, as much, expected that the successes “translate into physical development for the entire Volta”, and appealed to President Akufo-Addo to support the regional minister secure the region’s share of the “good benefits” of his administration.

He said the region continued to reek of development potentials and would generate “enough” revenue to support the national economy when fully developed, and that the VDF had positioned itself to work with all political administrations for sustained development.

Mr Dzegede said the VDF would collaborate with key partners including the VRCC, and the Regional House of Chiefs, and work to change the region into an “epitome of hope” for the country.

He, therefore, appealed to the indigenes of the region to support efforts to develop the region.

“VDF is calling on all sons and daughters to come on board so we all can put our hands together and work to change the region.

The VDF was formed in 2020 as an apolitical development oriented organisation of people of Volta descent, to mobilise resources for the region’s industrialisation.