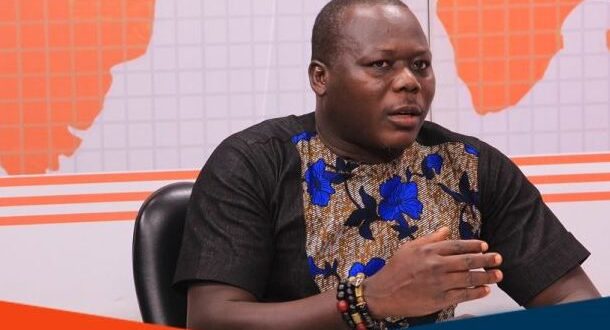 UTAG strike: We are willing to negotiate with government – Samuel Nkumbaan

The President of University Teachers Association of Ghana (UTAG), Legon, has expressed its readiness to get back to the negotiation table with government over the industrial action.

This comes in the wake of a High Court’s directive that the stalemate between UTAG and NLC should be settled out of Court.

According to Samuel Nkumbaan, the Association is of the expectation that government would treat them fairly.

“We are willing to go back to the negotiation table, we are willing to negotiate with government and we are hoping this time around against hope that government will treat us fairly, government will treat us with respect, government will do what he has to do by virtue of sending people who have locus to engage with us and to be able to make specific pronouncements that influence decision at the level of government not to send people who come to the meeting and cannot take decisions, if that happens then yes because we cannot continue like that,” he said whiles contributing to a discussion on Joy FMs Top story on Monday.

JoyNews/AdomNews · UTAG is willing to negotiate with government – Samuel Nkumbaan

Commenting whether UTAG is ready to heed the advice of the court, Mr Nkumbaan said:

“Well it is not for UTAG to take the decision because the person who went to Court would be the one to withdraw the case from Court and to ask for out of court settlement. It is the NLC that went to court and we filed to set aside the plea that they had sent to Court and so for us if it is the role of government through NLC, to settle the matter out of Court, we are open to that engagement.”

JoyNews/AdomNews · It is for NLC to settle the matter out of Court – President of UTAG, Legon

Meanwhile, The Labour Court, 1 Division of the High Court, has awarded a cost of GH¢3,000 against the University Teachers Association of Ghana (UTAG). According to the Court, the cost to UTAG is for wasting its time due to its inability to complete processes when the Court convened to hear the injunction case brought before the Association by the National Labour Commission (NLC) on the strike action.