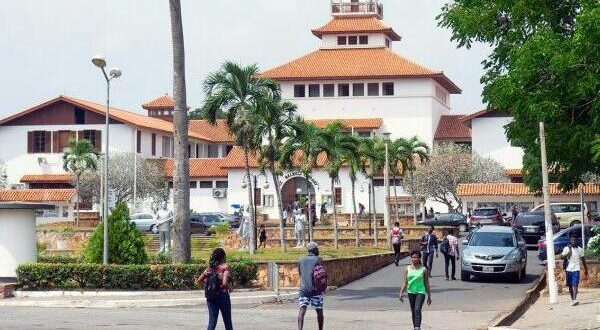 The University Teachers Association of Ghana (UTAG) has agreed to call off its strike action after a meeting with Parliament’s Education Committee, the Education Minister and the Labour Minister.

This was disclosed by the Ranking Member on the Education Committee in Parliament, Peter Nortsu Kortoe in an interview with Joy News’ Kwesi Parker-Wilson.

The Committee earlier today met with the leadership of UTAG, the Education Minister and the Labour Minister to bring finality to the impasse between UTAG and the government.

According to the Akatsi North MP, upon appeal by the Committee, the University lecturers have resolved to call off the strike on condition that government settles the outstanding issues.

“On our appeal, they have agreed to call off the strike on the condition that government is ready to sit down with them immediately for them to resolve outstanding matters. The minister gave us the assurance that they are going to be committed. Once the Committee has directed, there is no way he as a leader of the government delegation will fail to meet with them even if its 24hours a day; they will meet,” he said.

The Legislator noted that the Committee is hopeful that University lecturers will return to lecture halls by Monday, February 21.

Meanwhile, the Committee has tasked the Education Minister to resolve outstanding issues within one week and report back to the Committee.

“As a Committee, we have given them one week after UTAG have called off the strike to conclude negotiations and report back to the Committee. Some of their concerns have been addressed,” he stated.

The Labour Division of the Accra High Court on Monday placed an injunction on UTAG’s strike.

The order from the Court follows an appeal by the National Labour Commission (NLC) for an interlocutory injunction to suspend the strike by UTAG while negotiations continue.

UTAG is therefore expected to halt the strike until the Court determines the substantive application by the NLC.

UTAG wants government to restore their 2012 conditions of service, which pegged the monthly income of entry-level lecturers at $2,084.

The Association has complained that the current arrangement has reduced its members’ basic premiums to $997.84.