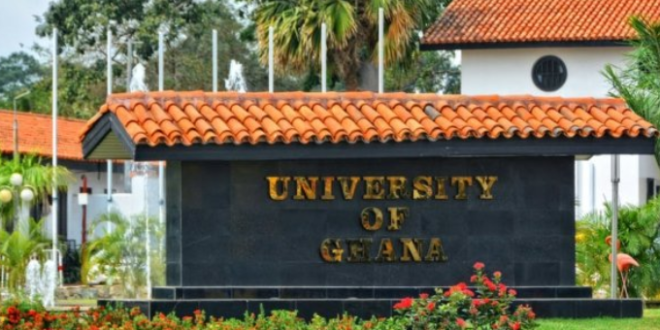 The University of Ghana has been sued for some alleged irregularities in its search for a new Vice-Chancellor.

In a writ sighted by Joy News, the plaintiff, Patrick Justice Ennin, hurled the School before an Accra High Court for, among other things, alleged unlawful constitution of the Vice Chancellor’s Search Committee.

He is seeking to injunct and ultimately nullify the entire work done by the committee since it was established in September 2020.

The university’s statutes demand that ‘one year before the post of Vice-Chancellor becomes vacant, or when the post is vacant, the Council shall appoint a search party or committee to propose a successor for the Council’s consideration’.

But with barely two months to the end of the tenure of the current Vice-Chancellor, Prof Ebenezer Oduro Owusu, the university is yet to conclude processes for the appointment of his successor.

If the reliefs are granted, the University of Ghana may be heading for a leadership crisis as the mandate of its Governing Council also expired on May 31, 2021, with a substantive one yet to be inaugurated.

In January 2021, the Search Committee announced that it had received seven applications for the position.

These applications included those of Prof. Nana Aba Appiah Amfo and Professor Felix Asante, both Pro Vice-Chancellors in charge of Academic and Student Affairs, and Research, Innovation and Development respectively.

Highly placed sources at the University of Ghana say the Search Committee which was chaired by Justice Jones Dotse, proceeded with and completed its work with seamless cooperation from all applicants and other stakeholders.

But after submitting its report to the university’s council, the legality of the Search Committee is being questioned.

The plaintiff alleges that the ‘inclusion of Mrs Vesta A. Nunoo and Prof. Baffuor Agyeman-Duah as two of the three representatives of the University Council on the Search Committee, was in breach of prevailing law as their tenure, as members of the council, had expired prior to their nomination.

Even though the Statutes of the University do not say that the three people to be nominated by Council unto the search committee must necessarily be members of the University Council, Mr Ennin believes the intended interpretation of the provision is in the statute and hence is seeking a declaration from the High Court to that effect.