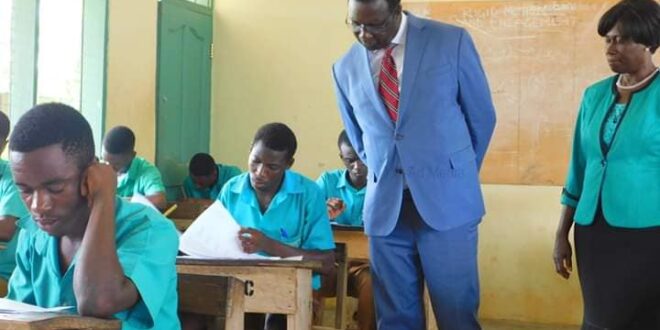 The Minister for Education, Dr. Yaw Osei Adutwum, says most of the country’s public senior high schools will be taken off the double track calendar in the next three years.

He said this will be done based on the progress of work on infrastructural projects ongoing in the various schools across the country.

Speaking during a press encounter in Accra on Sunday, the Minister said a number of schools have already been taken off the calendar and are running a single track system.

The Minister’s comments come after recent criticism of the implementation of the Free SHS programme and the double-track system that was introduced due to the lack of physical infrastructure to accommodate the growing numbers.

“Those that are double track are seeing more infrastructure expansion. In some schools, double track is no longer there. There are a number of schools where double track is being eliminated because they have enough facilities. We are going to live the president’s promise of 5 to 7 years to eliminate double track. Now it has come down to about 2 to 3 years, and most schools will be out of the double track calendar,” he said.

The objective of the double-track school calendar was to create room to accommodate an increased number of students, reduce class sizes, increase contact hours and the number of holidays as part of the free SHS initiative.

According to the Minister, schools such as Kumasi High no longer run the double-track system.

With the double-track system, students were allocated either a green or gold track for each form and attend classes in an alternating manner.

The system has been criticised many times because in some cases, students spend a shorter time staying in contact with teachers in school and return home.

Some have suggested that this could affect the quality of education delivered to the students, but the government has justified the need for it.