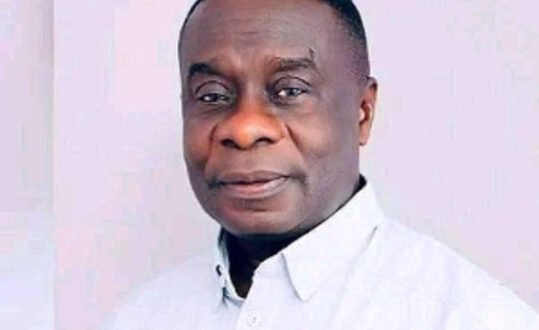 The Supreme Court has asked its Registrar to serve notice of a suit before it to NDC MP, James Gyekye Quayson as an individual and not a Member of Parliament.

The order was issued on Tuesday, February 1 2022, when the case involving the governing NPP and Mr. Quayson was heard.

This became necessary because attempts by the bailiff to serve the suit on Mr. Qauyson, through Parliament has proved futile.

Mr. Quayson, according to JoyNews’ Joseph Ackah Blay, has not been served with the process. Speaker Alban Bagbin has also not received the process as he is out of the country.

The NPP claims that Mr. Quayson cannot continue performing Parliamentary duties because he was not qualified when he applied to contest on the ticket of the NDC in the Assin North Constituency.

The Director of Elections of the NPP, Evans Nimako said in court that the judicial process will be used to stop the MP from attending Parliament

“We’re in the Supreme Court to seek interpretation of article 94(2a) in addition to this, we’re also asking the court to injunct the gentleman not to hold himself, as such as you’re aware the high court of cape coast has already given judgment and has given orders to the Electoral Commission to conduct fresh election in view of the fact that the gentleman was not qualified when he applied to contest on the ticket of the NDC in the said constituency.”

He also wants the Supreme Court to interpret Article 94 (2A) of the 1992 Constitution.

A Cape Coast High Court in July, 2021 annulled the Assin North Parliamentary elections saying that Mr. Quayson was not eligible to contest the polls.

An appeal has since been lodged at the Court of Appeal and remains outstanding.