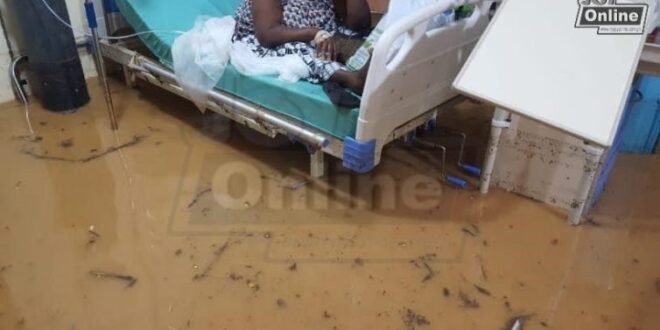 Schools close down as parts of Cape Coast, Accra are flooded after heavy rains

Many parts of the country have experienced heavy rainfall with some regions enduring up to 6-hours of the downpour on Friday, October 1.

Roads have been rendered impassable with their resultant heavy traffic in the capital, Accra.

The areas affected include Kaneshie First Light, Dansoman Junction among other adjoining areas. 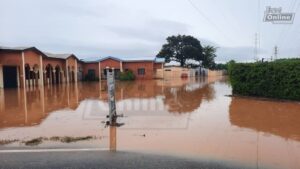 In the Central Region, the Cape Coast Teaching Hospital was not spared.

Some wards have been flooded leaving patients on admission stranded while health personnel struggle to attend to them. 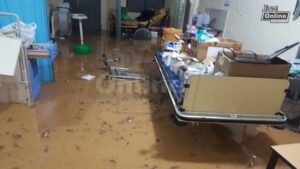 Some schools affected by the flood have been forced to shut down.

The National Disaster Management Organisation (NADMO) is at the scene together with officials from the Ghana National Fire Service (GNFS), according to JoyNews‘ Richard Kwadwo Nyarko.

However, no casualty has been recorded.