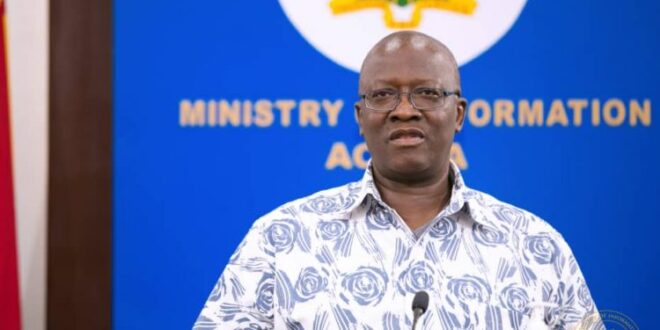 The Presidential Vaccine Manufacturing Committee has presented a proposed amount of GH¢200 million as budget for the establishment of the National Vaccine Institute.

The secretary of the committee, Prof. William Ampofo at a stakeholder engagement on Thursday made this known while presenting a draft roadmap and strategy towards the local production of vaccines.

Professor Ampofo, who is also the Head of the Virology Department of the Noguchi Memorial Institute for Medical Research (NMIMR) at the University of Ghana, said the proposed amount will not be provided by government.

He added that the committee is hoping to raise the money through unique partnerships and is expectant of getting approval from parliament and the President to make the plan a reality.

“This money is not going to come from government. We think that the key strategy will be to find money from the partnerships that are evolving. The first thing is that we will earmark about $20 million for the establishment of the national vaccine institute over the next couple of years. The building has already been identified. There is a lot of work going on to make sure that this vaccine institute will go through cabinet approval, secure parliamentary approval and then become a reality,” he stated.

President Akufo-Addo, while delivering his 26th update on measures taken by the government to reduce the rising cases of COVID-19 in the country in July announced the plan to invest some US$25 million as seed money towards the establishment of a National Vaccine Institute to spearhead the country’s efforts at producing vaccines locally.

He pointed out that the establishment of the institute forms part of recommendations by a committee established by the government to formulate a concrete plan for vaccine development and manufacturing in Ghana.

“We must be self-sufficient in this regard in the future, and prepare ourselves better to deal with any such occurrences in the future. To this end, the Committee I established, under the leadership of the world-renowned Ghanaian scientist, Professor Kwabena Frimpong Boateng, to investigate Ghana’s potential as a vaccine manufacturing hub, to meet national and regional needs, has presented its preliminary report which, amongst others, recommends the establishment of a National Vaccine Institute to spearhead this development.”