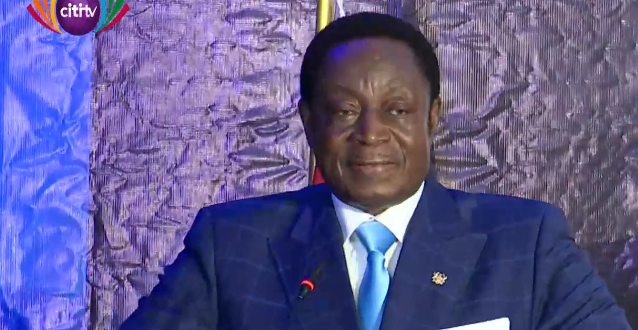 A former Minister of Finance, Dr. Kwabena Duffuor views the government’s proposed 1.75% tax on electronic financial transactions as a rip-off.

Delivering his maiden lecture on transforming the economy, Dr. Duffuor argued that the government’s decision to tax electronic transactions is tantamount to double taxation, as these transactions do not fall within the category of taxable commodities.

“This is because taxing modes of payment could lead to instantaneous double taxation, since the underlying income– the commodity– would have normally been taxed already. This makes the proposed E-Levy problematic because it could be fraught with serious implementation challenges. This tax could undermine the Ghanaian digital economy, which the Vice President has been working on all these years.”

Dr. Duffuor said the government could resort to the extractive sector in generating more revenue than imposing taxes on the citizenry.

“There is so much additional revenue that can be generated from the extractive sector, which is currently being left in the hands of private investors. We are not asking for confiscation, we are asking for partnership. As it is being done in Botswana and Nigeria.”

His lecture was under the theme “The Ghanaian Dream; Transforming the economy through job creation and opportunities for all.”

The 1.75% tax on electronic financial transactions was proposed in the 2022 budget statement presented before Parliament by the Finance Minister, Ken Ofori-Atta, on Wednesday, November 17, 2021.

The Minister explained that the tax measure was to raise revenue to support job creation initiatives, construction of road infrastructure, cybersecurity, and digital infrastructure.

Ken Ofori-Atta was hopeful that the proposal would come into full force from February 2022.

Various stakeholders, including those in the telecommunications sector, have also raised concerns about the policy.

The Minority caucus in Parliament has indicated that one of its major reasons for rejecting the 2022 budget statement and economic policy was due to the proposed tax on e-levy transactions.