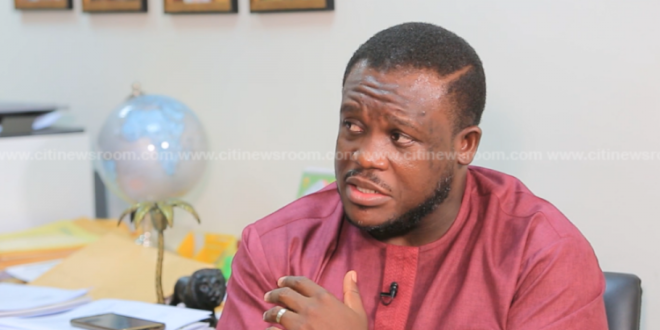 The sponsors of the anti-Lesbain Gay Bisexual Transgender and Queer (LGBTQ+) Bill in Parliament have asserted that activities of the LGBTQ+ community are a threat to the family construction of Ghanaians.

This follows the resumption of public hearings on memoranda submitted for and against the promotion of proper Human Sexual Rights and Ghanaian Family Values bill.

The first public hearing, which was held on November 11, was suspended after the committee cited time constraints.

Addressing the committee on Monday, November 29, 2021, one of the proponents of the anti- LGBTQ+ Bill and MP for Ningo Prampram, Sam George asserted that sexual orientation is not a fundamental Human Right and therefore, Article 12 (1), of the constitution cannot be used to reject the bill.

“These rights in their state are not absolute. The rights can be enjoyed between certain boundaries. No right in the 1992 constitution is absolute. There are basis in the constitution for the curtailment of every right.  So those fundamental human rights are only enjoyable within the framework for the respect of the rights of others. Our position on this bill is that, sexual orientation is not a fundamental human right. ”

Chapter Five, Article 12 of the 1992 Constitution talks about Protection of Fundamental Human Rights and Freedoms.

It talks about the following:

(1) “The fundamental human rights and freedoms Executive, Legislature and Judiciary and all other organs of government enshrined in this Chapter shall be respected and upheld by the all natural and legal persons in Ghana, and shall be enforceable by government and its agencies and, where applicable to them, by the Courts as provided for in this Constitution.”

(2) “Every person in Ghana, whatever his race, place of origin, political opinion, colour, religion, creed or gender shall be entitled to the fundamental human rights and freedoms of the individual contained in this Chapter but subject to respect for the rights and freedoms of others and for the public interest. Protection of Right to Life.”

The Bill seeks to criminalize LGBTQI+ activities in the country.

The public hearings are aimed at giving proponents for and against the Bill to explain to Committee members why they support or oppose the Bill.

The Commission for Human Rights and Administrative Justice, CHRAJ, called for alternative sanctions in criminalizing the activities of LGBTQ+.

Although he did not take sides on the matter, the Chairperson of CHRAJ, Joseph Withal, implored the sponsors of the bill to take into consideration the rights of persons in this bracket.

The National Coalition for Proper Human Sexual Rights and Family Values says the criminalization of the advertisement and projection of LGBTQ+ activities will ensure the spread of its activities are prohibited.

The anti-Gay bill in Parliament, amongst other things, seeks to penalize people who associate and support the activities of persons in this bracket.

The group made this assertion when they appeared before the committee during a public hearing on whether or not to pass the anti-gay bill.