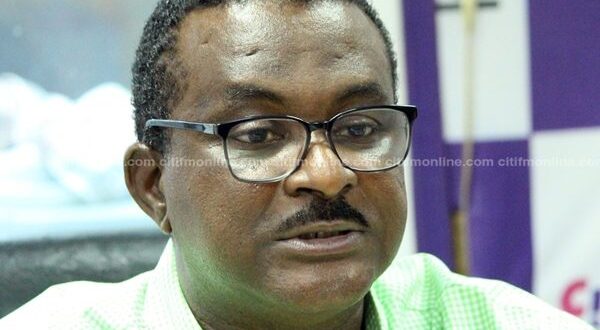 Parliament’s Privileges Committee says it has given up on its efforts at getting the Member of Parliament for Dome Kwabenya, Sarah Adwoa Safo, to join proceedings after several failed attempts.

Adwoa Safo failed to appear before the Privileges Committee on a Zoom link that was provided to her to join proceedings on July 6, 2022. Several efforts to bring her before the committee in the last few weeks have been unsuccessful.

Speaking on Eyewitness News, the Ranking Member on the Committee, Kweku Ricketts-Hagan indicated that the Committee will submit its report on the latest development to the Speaker of Parliament.

“We exhausted all our options and we did not hear from her. We will not make any further attempts to try and reach her. Unless she comes to say I got this information late. As we stand, per the mandate given to us by the Speaker, we have basically failed to reach her, and we have not heard from her as to whether she wants to continue her work in Parliament or not.“

The committee has so far failed to take a firm decision on Adwoa Safo’s conduct and that of the other two MPs who honoured the summons to appear before the committee.

It is unclear what will be the fate of Adwoa Safo after the latest action not to appear before the committee after being offered the chance on a number of occasions.

The Privileges Committee was tasked by the Speaker of Parliament, Alban Bagbin, to engage Adwoa Safo, Kennedy Agyapong and Henry Quartey over complaints of chronic absenteeism brought against them.

The three are expected to give justifiable reasons for their absenteeism, failure of which actions will be taken to remove them from Parliament.

The MP for Akwatia and Member of the Privileges Committee, Henry Boakye-Yiadom had said the committee could not take a decision without hearing from the Dome Kwabenya MP.

Mr. Ricketts-Hagan indicated that Kennedy Agyapong and Henry Quartey have both appeared before the committee.

He added that they both said they were absent because of ill health.

“Henry Quartey had an operation. That was the reason for being absent, and he did not seek permission to do that.”