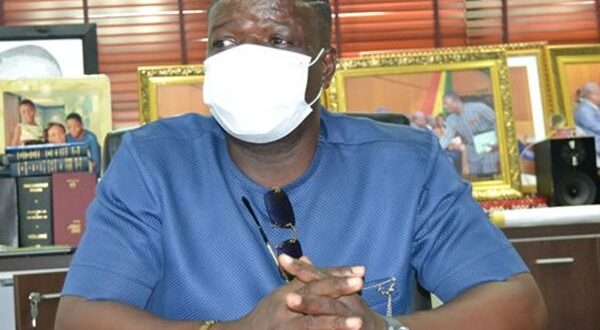 NDC Member of Parliament for South Dayi constituency in the Volta Region, Rockson Dafeamekpor is challenging lawyer Akoto Ampaw and his group kicking against the passage of the LGBTQ+ Bill into law to come out with the rights issues the Bill seeks to violate.

According to him, the same way the law arrested some group of people who decided to form Western Togoland even though they have freedom of association and speech, it should be enough reason for Akoto Ampaw and his group to know that laws are made to curtail the freedom of people at certain times.

Reacting to a crusade led by a private legal practitioner, Akoto Ampaw, where he argues that the Bill criminalises dissenting views and expressions contrary to the word ‘freedom and justice’ that emblazon the coat of arms, Hon. Dafeamekpor dared the renowned lawyer to show the identity of those whose rights and freedom will be violated when the Bill is passed.

“So if Akoto Ampaw feels that the Bill on LGBTQ+ is against the constitution, he should show me the people who associate themselves with the LGBTQ+ that the Bill will go against. He is talking about freedom of association, and so if one day a group of people decide to carry guns and form an association so that they can rob innocent people on the road, don’t we have a law that frowns on it?”, he argued.

He, however, reminded lawyer Akoto Ampaw and his group that the constitution of Ghana already speaks against homosexuality as it is part of the criminal and other offences act; adding that the law again frowns on prostitution but wondered why the lawyer has never spoken against the arrest of prostitutes in the country since they also have their rights.

According to the group, the bill — Promotion of Proper Human Sexual Rights and Ghanaian Family Values Bill — when passed into law, would erode fundamental human rights, as enshrined in the 1992 Constitution, and send Ghana to the dark ages of lawlessness and intolerance.

The group, made up of 18 members, has already submitted a 30-page memorandum to Parliament, detailing what it described as the unconstitutionality of the bill.

At a press conference in Accra yesterday, the group said its advocacy was not about whether lesbianism or gayism was right or wrong but rather it was worried about the blatant violations of human rights, as contained in the bill.

It has, therefore, called on Parliament to reject the bill, adding that “it has no place in our constitutional democratic Republic”.