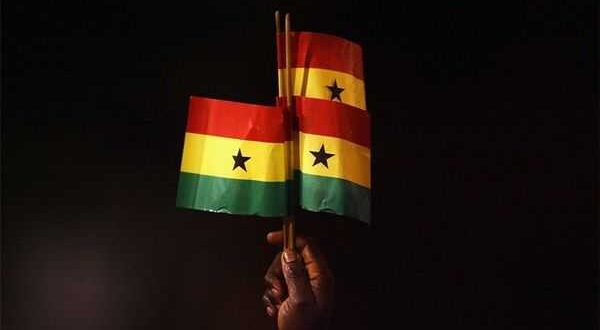 Ghanaian journalist and a member of the Network of International Consortium of Investigative Journalists (ICIJ), Emmanuel Dogbevi, has revealed that three unnamed top notch Ghanaian politicians have been captured in the Pandora Papers leak which was released on Sunday October 3.

Mr Dogbevi said this on the News 360 on TV3 Monday October 4.

The website of the ICIJ captures Ghana as “number three” without giving further details on these officials.

“Criminals, murderers, people involved in grievous crimes are also mentioned because they are also moving moneys around the world,” Mr Dogbevi added.

He further highlighted the negative effect of illicit capital flight, a situation that makes this report one that has to be given the needed attention.

In a tweet on Monday October 4, he said “The International Consortium of Investigative Journalists claim that the Pandora Papers constitute the largest leak of confidential documents to the press ever. 3 Ghanaian politicians, 10 from Nigeria & 2 from Kenya are implicated. 49 African politicians in total are mentioned.”

The Guardian had explained that Pandora papers is the biggest ever leak of offshore data which exposes financial secrets of rich and powerful around the world.

The secret deals and hidden assets of some of the world’s richest and most powerful people have been revealed in the biggest trove of leaked offshore data in history.

Branded the Pandora papers, the cache includes 11.9m files from companies hired by wealthy clients to create offshore structures and trusts in tax havens such as Panama, Dubai, Monaco, Switzerland and the Cayman Islands.

They expose the secret offshore affairs of 35 world leaders, including current and former presidents, prime ministers and heads of state. They also shine a light on the secret finances of more than 300 other public officials such as government ministers, judges, mayors and military generals in more than 90 countries.

The files include disclosures about major donors to the Conservative party, raising difficult questions for Boris Johnson as his party meets for its annual conference.

More than 100 billionaires feature in the leaked data, as well as celebrities, rock stars and business leaders. Many use shell companies to hold luxury items such as property and yachts, as well as incognito bank accounts. There is even art ranging from looted Cambodian antiquities to paintings by Picasso and murals by Banksy.

The Pandora papers reveal the inner workings of what is a shadow financial world, providing a rare window into the hidden operations of a global offshore economy that enables some of the world’s richest people to hide their wealth and in some cases pay little or no tax.

The BBC also quoted portions of the report which indicate that the family of Kenya’s President Uhuru Kenyatta secretly owned a network of offshore companies for decades.

The Pandora Papers – 12 million files – is the biggest such leak in history.

Mr Kenyatta and six members of his family have been linked to 13 offshore companies.

He said he would “respond comprehensively” to the leak once he returned from a state visit abroad.

However, he added that the investigation would “go a long way in enhancing the financial transparency and openness that we require in Kenya and around the globe”.

The Kenyattas’ offshore investments, including a company with stocks and bonds worth $30m (£22m), were discovered among hundreds of thousands of pages of administrative paperwork from the archives of 14 law firms and service providers in Panama and the British Virgin Islands (BVI) and other tax havens, the BBC further reported.