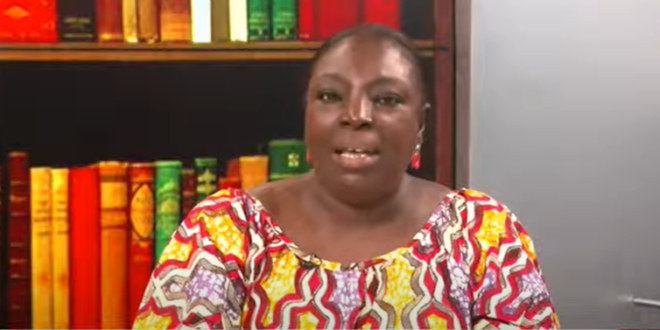 Director of the Africa Office of the Commonwealth Human Rights Initiative, Mina Mensah, has called for the decriminalization and or reclassification of petty crimes under the laws of Ghana.

According to her, the current laws that govern petty offences in the country are largely redundant and disproportionately affect the poor in society.

Speaking on JoyNews’ The Law, on Sunday, she said, “The fundamental question we need to ask ourselves is; what the purpose of these laws are? What is their purpose and their enforcement? Why did we put these laws in place? And how is their enforcement like? And how does it contribute to making society safer? And what is the evidence that if somebody begs on the street the person is making the street unsafe?”

She explained that the nature of these laws is such that they inadvertently target the poor, even if that was not the intention of the lawmakers, thus put the less-privileged at a further disadvantage.

“But we found out that a lot of these laws are targeted at the poor; not deliberately, but by their nature, it’s normally the poor that you find doing some of these things. It’s only a poor person, who will go on the street to beg, and sometimes for people who even sell in places that they’re not supposed to sell, for people who loiter around, you would hardly find somebody who has money just walking around, he’ll go to a recreational centre,” she said.

Madam Mina Mensah noted that the targeting of the poor and destitute through the enactment and implementation of these laws was akin to the state punishing its citizens for its own shortcomings.

“I always say that the state tends to punish its citizens when the state is not doing what it ought to do in the first place. If the structures were in place, people will not go out there to sell. Unfortunately, the structures are not there, we do not have social structures, our markets are not properly set out, they’re congested so people will do that.

“So when the state is not taking care of its responsibilities the easy way is to make the citizens pay, because like I said, let’s go back to the question; what is the purpose for these laws and their enforcements? And how does it contribute to making society safer? We’re not saying that we should encourage uncleanliness but does it make the society unsafe? Those are the questions that we need to ask,” she explained.

She argued that the criminalization of petty offences, which poor people especially fall culprit to, leaves them to the mercy of law enforcement agencies who often abuse their authority in the implementation of these laws.

“And we’re saying that for some of these things, because they have been criminalized, you give the power to law enforcement agencies, not only Police officers, but anybody who has the authority to arrest these people. It is not only the arrest that is the problem, it is what the person has to go through.

“You were talking about a person being whipped, it doesn’t end there. The person will be arrested, the goods that the person does not even have the money to buy would be ceased, the person might necessarily have to pay a bribe, if the person is going to be prosecuted, will have to go through this unfriendly justice system, the state will spend money prosecuting somebody who is selling oranges of a 100ghana cedis for crying out loud, don’t we have anything to do with our time and money? These are the things that we need to assess,” she said.

She further noted that the disadvantaged position that these laws put poor people in, further helps to entrench the vicious cycle of poverty that made them prey to the discriminatory laws in the first place.

“The person comes out [out of prison] worse off because the person went in as a minor criminal, but probably goes in there, learns a few things that he or she is not supposed to learn, comes out, and because society itself, we are so averse to having people who have gone to jail around us, we victimize them. They might not find a job to do, and then we add to the problem,” she said.