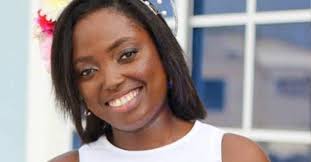 The Kwame Nkrumah University of Science and Technology (KNUST) lecturer accused of the disappearance of his wife, Rhodaline Amoah-Darko, a staffer of the Lands Commission in Kumasi has been remanded in prison custody by the Kumasi High Court.

The husband, Dr Wilberforce Aggrey was earlier remanded in police custody by the Asokwa District Court. But has now been remanded in prison custody by the Kumasi High Court where he has freshly been charged with kidnapping and deception of a public officer.

This was after he was discharged by the Asokwa District Court and was re-arrested by the police to face the two new charges at the High Court.

The police have accused Dr Wilberforce Aggrey, of being behind the disappearance of the wife.

He was initially only charged with kidnapping at the Asokwa District Court where he was remanded in police custody.

According to the police, their investigations have so far revealed a linkage of mobile phone communications to implicate the husband, who is a lecturer at the Kwame Nkrumah University of Science and Technology (KNUST) in Kumasi.

Rhodaline Amoah-Darko was reported missing after she allegedly left home at Gyenyase in Kumasi on August 30, 2021, and did not return.

After Rhodaline allegedly went missing, the husband reported the incident to the police on September 2, 2021.

Communication from her mobile phone allegedly from suspected kidnappers demanding a ransom emanated from a location (cell tower) close to her residence.

Read also: Police accuse husband of missing Rhodaline of being behind kidnap

A communication from the husband’s phone reporting the incident to some relatives also emanated from a similar location (cell tower), according to the police per their investigations.

According to the police, the husband has provided incoherent statements on the matter.

A police prosecutor has told the court that the husband in reporting the case said Rhodaline had been kidnapped from their home and he could not find her.

Based on that, the husband was invited for interrogation.

According to the prosecutor, Aggrey admitted that he sent those messages from Rhodaline’s phone because he was threatened that if he did not do that, his family will be harmed.

He indicated to the police, according to the prosecutor, that he had to send his wife to a place closer to the Volta Lake to ensure that she was safe.

The police said he has since not been able to tell them the location of Rhodaline and that investigation are still ongoing.

He has also not been able to tell where Rhodaline’s phone is as of now.

Related: We have no evidence linking husband to disappearance of Lands Commission staffer – Police

It will be recalled that on October 27, 2021, the police in a press statement indicated that there was no evidence to link the husband to the disappearance of Rhodaline.

The Kumasi High Court has issued a bench warrant for the arrest of two persons connected to the case.

They are Yaw Boateng and Justice Appiah.

Yaw Boateng according to the investigators discovered Rhodaline’s mobile phone in a commercial vehicle.

The police traced the mobile phone to Effiduase near Juaben and Justice Appiah was arrested with it.

Justice Appiah indicated to the police that he received the phone from Yaw Boateng who sold it to him.

The two of them were supposed to be in court but were absent, hence the court issued the bench warrant for their arrest.