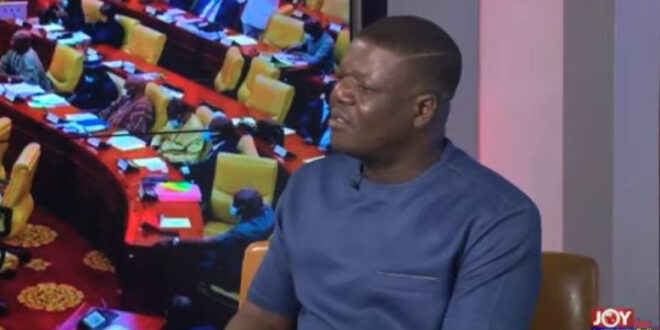 Member of Parliament for the South Dayi constituency, Nelson-Rockson Dafeamekpor has decried suggestions by the Majority in Parliament that, the destructive tidal waves that hit Keta and its environs were caused by sand winning activities in the area

Speaking to Ernest Manu on Top Story on Friday, the legislator intimated that, it is insensitive for anybody to attribute the tidal waves to sand winning by indigenes.

According to him, such remarks and suggestions are false. He is therefore appalled by the Majority’s attempt to project that narrative to the public.

‘How do you attribute the massive destruction by tidal waves to only sand winning? When you do so, then you’re being simplistic with the problem. The causative factors of this problem cannot be due to sand winning’, Dafeamekpor stressed.

At a press conference on Friday, the Deputy Majority Leader, Alexander Afenyo showed a photo of some heavy-duty trucks purportedly loading sand from the shores of Keta in the Volta Region.

This was to back his assertions that, the tidal waves that have ravaged the communities in the Volta Region are due to sand winning.

Commenting on this development on Top Story, Rockson Dafeamekpor said anybody with basic insight into oceanography will not embrace the suggestion that tidal waves are caused by sand winning.

Reacting to this development, a Director at the Institute of Environment and Sanitation, Professor Kwasi Appeanin Addo, opined that the occurrence of tidal waves is not influenced by sand winning.

Explaining the situation on the same show, Professor Addo indicated that, sand at the beach serves as a buffer in case of any surge in the level of the seawater.

In this regard, when the sand is scraped off, there’s the tendency for a surge in water level to extend beyond the boundaries of the sea. He, therefore, concluded that sand winning only deepens the impact of a tidal wave; stressing that sand winning cannot be implicated as one of the causes of tidal waves.

‘Let me say that sand winning is not [a cause] of storm surge. But then sand winning activities can result in an increase in the impact of the surge’ Professor Appeaning Addo emphasized in his explanations.

Meanwhile, the government and other support organizations have visited the affected victims, with some relief interventions to alleviate the impact of the disaster.