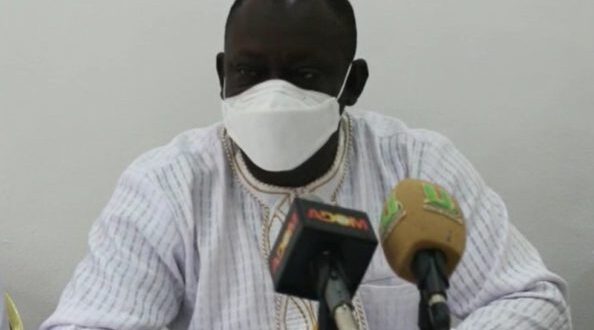 The Judicial Service Staff Association of Ghana (JUSAG) has given the government a two-week ultimatum to implement their revised salaries and other allowances.

According to the Association, the Judicial Council concluded on the 2021 salary and other related allowances early on in the year to be considered by the President in line with the provisions of the 1992 Constitution.

However, 2021 is nearing its end and these new increments are yet to be implemented. The National President of the Association said this at a press conference, adding that this has occasioned stern agitations among their rank and file.

Mr Alex Nartey stated that the leadership of JUSAG at its National Executive Council (NEC) meeting came to a decision that, “the delays on the part of the government with regard to the implementation of our new salaries is unacceptable, they can no longer wait.”

JUSAG said, “within two weeks from today, government must take action on the recommended salaries. If within two weeks the government does not do anything about it, they should not blame us, because we will advise ourselves according to law.”

He added that the Association and the Judicial Service have already put in place the necessary processes needed for the implementation to commence.

“The staff, who understand the importance of their role, have been very patient. We cooperated with management and all stakeholders but as we talk now, the year is getting to a close and nothing, in spite of what we have done as a union, what management has done, particularly the Judicial council has done, with regards to the salaries, it appears government does not want to give the recommendations the urgent attention that the matter requires, ” Mr Nartey stressed.