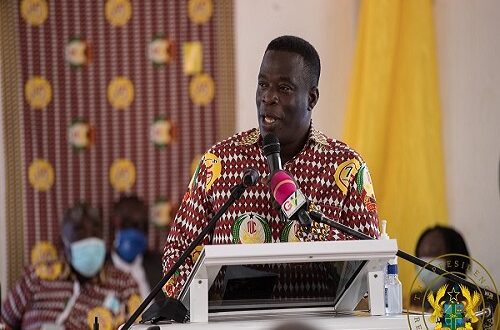 • Hundreds have been scammed in a job seeking scandal

Hundreds of desperate job seekers have fallen victim to an ongoing recruitment scam into government institutions, the Ministry of Employment and Labour Relations has stated.“

Since January, scores of disappointed youth have been trooping to the ministry to lodge complaints; they are in their hundreds, and they keep coming almost every day to make reports,” the ministry has said.According to a report by graphic.com.gh, the Assistant Public Relations Officer of the ministry, Osei-Opoku Gyamfi, disclosed that a disclaimer from the ministry had been issued to this effect. He explained that a publication first brought to the attention of the ministry on August 5, 2021, and titled, ‘Administrative officers upcoming interview,’ prompted them to take action.
The misleading news item, he added, was circulating on some social media platforms and online media outlets, with instructions for job seekers to purchase an inspection voucher PIN at the Ministry of Employment and Labour Relations at the Ministries enclave, Accra, from August 6, 2021, to attend the interview.The ministry promptly issued three disclaimers on separate occasions to draw people’s attention to the scam but that notwithstanding, he added, the ministry kept receiving victims who had come to their offices under the wrong notions that they were following up on their job placements.
Additionally, he explained that these victims revealed how they had paid various sums of monies, through mobile money, ranging between GH¢800 and GH¢1,500 to the scammers.
“We have involved the CID, the National Investigations Bureau (NIB) and the Ministry of Communications to look into the issue and bring the perpetrators to book,” he explained, adding that in the meantime, efforts were being made to apprehend the perpetrators of the scam. It will be recalled that close to 400 young people, in 2004, also fell victim to a similar scam with the victims made to each pay $1000, in addition to GH¢50 non-refundable interview fees, to work in hotels in the US for a year.
With the National Security getting involved, the two suspects, Lizelle Bortha, and her accomplice, Fred Avornyo, were brought to book.
Source: reportghana.com
2021-08-09
fafaafmonline_editor