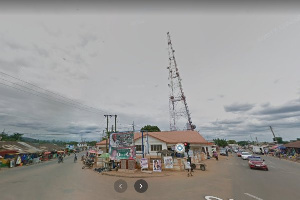 Hohoe MCE appeals to drivers and cyclists to minimise speeding

Mr Daniel Noble Awume, Hohoe Municipal Chief Executive (MCE), has appealed to drivers and cyclists in
the Municipality to minimise their level of speed in some communities.

He said the speeding created discomfort for communities on the untarred roads particularly the Eastern
Corridor stretch between the “Alabato Junction through Gbi-Kpoeta to Gbi-Godenu, Gbi-Blave road and
others.”

Mr Awume in an interview also noted that the actions of the drivers and cyclists disrupted the peace and
tranquility enjoyed by business operators along the stretch.

He said there was also huge health hazards posed to the communities and businesses by the volumes of dust
blown into the atmosphere which compromised air quality and the environment.

Mr Awume noted that efforts of his outfit and that of the Member of Parliament, some level of facelift had
been recorded.

He said it included expansion, resurfacing, and levelling of roads and construction of drainage systems
within the Municipality.

“This is a clear indication that, sooner than later, our roads will be fixed and made motorable for our road
users.”

He said they were committed to the cause and would do everything possible within their means to ensure the
process was fast track to see the President’s vision of the “year of roads” came to fruition.
Mr Awume called on stakeholders, opinion leaders, the media, and the security forces to intervene and bring
sanity on the roads.

“This call goes to all to rise to the occasion, reduce speed and over speeding on our roads and be law-abiding
citizens for our better good in this season of harmattan.”