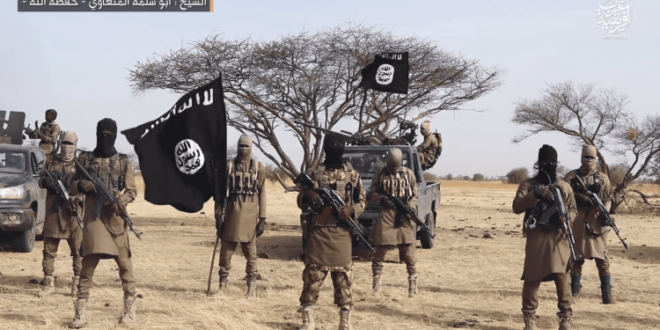 At least one Ghanaian was among the dozens of Islamic State in Iraq and the Levant – Libya (ISIL-Libya) members who were recently arrested by security officials.

The Ghanaian is among 30 foreigners found to be part of the ISIL-Libya’s operations.

The other foreigners were from Eritrea, Kenya, Mali, Nigeria, Niger, Senegal, and Sudan.

This was contained in the 29th report of the Analytical Support and Sanctions Monitoring Team on the Islamic State in Iraq and the Levant, Al-Qaeda, and associated individuals, groups, undertakings, and entities submitted to the UN Security Council Committee.

“Members of Islamic State in Iraq and the Levant – Libya (ISIL-Libya) (QDe.165) are also present in the Fazzan region, but the group is estimated to have been degraded to approximately 50 fighters, located mainly between Sabha, Murzuq, and Umm al-Aranib. A recent arrest led to the identification of a further 30 foreign fighters from Eritrea, Ghana, Kenya, Mali, Nigeria, the Niger, Senegal, and Sudan,” the report said.

The report however indicated that despite its weakness, ISIL-Libya still had the operational capability and pitches its base in southern Libya, “where it hopes to reorganize its command.”

Last year, the Minister for Information, Kojo Oppong Nkrumah said the government was aware of at least one Ghanaian who had been recruited to participate in terrorist operations.

“The government will wish to assure citizens that it will continue to take all appropriate measures to ensure that Ghana is protected. In the last few months, countries that share borders with Ghana including Burkina Faso and Cote d’Ivoire have experienced a series of terrorist attacks and there is now evidence that at least one Ghanaian [has been] confirmed to have been recruited by some of these terrorist groups to participate in their activities,” he said.

It is unclear if the Ghanaian referenced by the minister is the same or among those, the UN document mentions to have been arrested.