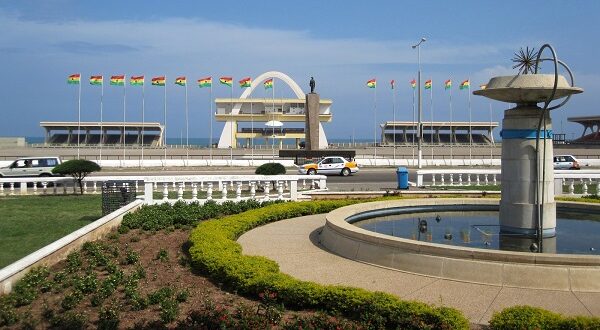 Ghana has been ranked the second most peaceful country in sub-Saharan Africa behind only Mauritius on the 2021 Global Peace Index (GPI).

Ghana was also ranked the 38th most peaceful country in the world on the index published by the Institute for Economics & Peace (IEP), an independent, non-partisan, non-profit think tank dedicated to shifting the world’s focus to peace as a positive, achievable, and tangible measure of human well-being and progress.

The rankings see Ghana improve slightly on last year’s ranking which also placed the country as the second most peaceful African country.

Reacting to the GPI ranking in a post on social media, President Nana Addo Dankwa Akufo-Addo urged Ghanaians to continue to maintain peace in the country. 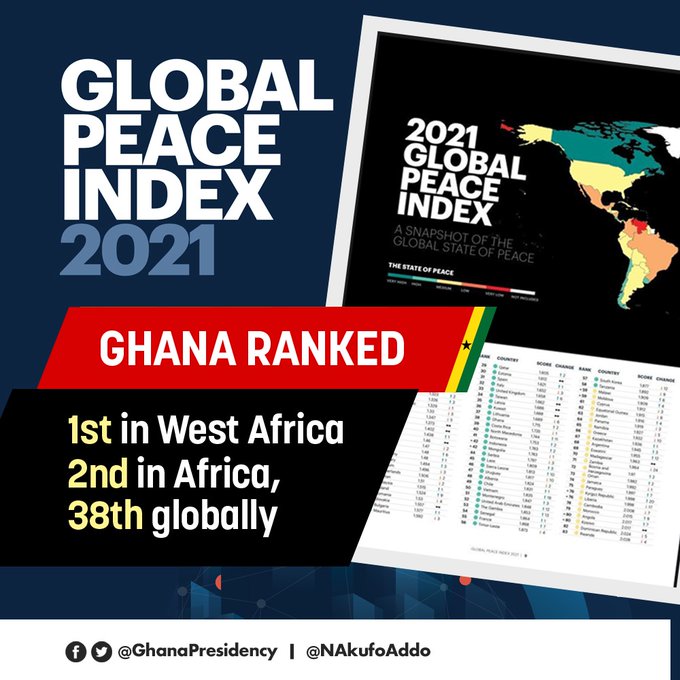 Globally, Iceland remains the most peaceful country in the world, a position it has held since 2008.

It is trailed by New Zealand, Denmark, Portugal and Slovenia in second, third, fourth and fifth place respectively. 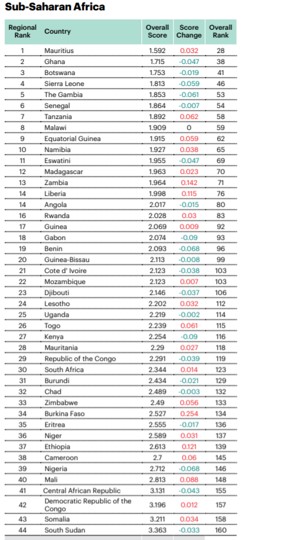 The index ranks 163 independent states and territories according to their level of peacefulness.

Produced by the Institute for Economics and Peace (IEP), the GPI is the world’s leading measure of global peacefulness.

The GPI covers 99.7 per cent of the world’s population, using 23 qualitative and quantitative indicators from highly respected sources, and measures the state of peace across three domains: the level of Societal Safety and Security, the extent of Ongoing Domestic and International Conflict, and the degree of Militarisation.

This year’s results show that the average level of global peacefulness deteriorated by 0.07 per cent.

This is the ninth deterioration in peacefulness in the last thirteen years, with 87 countries improving, and 73 recording deteriorations; however, the change in score is the second smallest in the history of the index.

The 2021 GPI reveals a world in which the conflicts and crises that emerged in the past decade have begun to abate, only to be replaced with a new wave of tension and uncertainty as a result of the COVID-19 pandemic and rising tensions between many of the major powers.