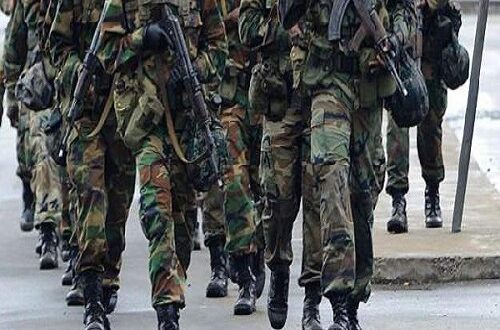 The Ghana Armed Forces (GAF)have vehemently refused allegations against its outfit that there’s some sort of disquiet among the Airforce over the President’s choice of chartered luxury private jets over the official presidential jet for his foreign travels.

This claim was made by Member of Parliament for North Tongu, Samuel Okudzeto Ablakwa.

In reaction however, the GAF said the allegation was untrue and should be treated with the contempt it deserves.

A statement issued in Accra yesterday by Commander Andy L .A Anyane, the Acting Director Public Relations of GAF entreated politicians to avoid dragging the security service into partisan politics.

It said personnel of the GAF appreciated the numerous additions that the government had made for the smooth running of operations, including accommodation for troops and their families, vehicles to enhance mobility and review of salaries, amongst many others.

“We wish to state unequivocally that this allegation is untrue and without basis. For the avoidance of doubt, the morale of personnel, not only in the Ghana Air Force as is being alleged, but the entire Ghana Armed Forces has never been at a very higher level,” the statement said.
Source: reportghana.com
2021-09-30
fafaafmonline_editor