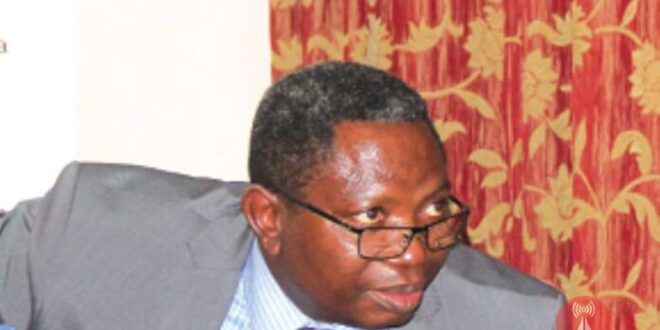 The Director-General of the Ghana Aids Commission, Mr Steve Atuahene, told the Committee on Constitutional, Legal and Parliamentary Affairs that Ghana’s HIV response programmeswill suffer if the Bill is passed in its current form.

“If the bill is passed in its current form donors will withdraw their funding if they are criminalized  by this bill.  HIV programme  is largely funded by  donors  and the withdrawal of  their funds  will certainly  jeopardize the HIV response.”

Even though it seeks to criminalize gay sex, which is regarded as an abomination in Ghanaian culture, the Bill provides for people who are having conflicted sexualities to obtain medical treatment.

But for the AIDS Commission, the funding implication for the passage of the Bill is very concerning because donors will withdraw much needed cash if Ghana dares pass a Bill that outlaws homosexuality and lesbianism.

The admission is that the Akufo-Addo government is so incompetent, it cannot raise its own money to fund its HIV/AIDS activities and therefore is willing to legalize gay sex in exchange for the money.

Lawyer Foh Amoaning, a leading supporter of the anti-gay Bill confirms knowledge of the AIDS Commission’s receipt of the US$200million.

“By the way, the amount of money coming into the country you have no idea about, under a program called Central Country Mechanism 200 million dollars have been pumped into Ghana. Out of the amount 30 million is being used to buy condoms and lubricants,” Lawyer Foh Amoaning disclosed.

The New Patriotic Party MPs on Parliament’s legal committee are kicking against the passage of the Bill in its current form. Amember of the committee Madam Ursula Owusu Ekuful, has promised that they will make sure the Bill is watered down before passage.

Mrs Owusu-Ekuful during the review stage of the Bill they will make sure that major changes are made to the Bill.

The Ablekuma West MP’s assurance follows a an amorphous rhetoric that the NPP has been parroting around the Bill which they have refused to back. The claim is that the Bill in its current form is problematic but nobody is explaining what exactly the problematic areas are.

The NPP MPs are perceived to be angling to vote against the Bill but political implication for them is a restraint. According a CDD survey, some 93% of Ghanaians want homosexuality, lesbianism and other forms of unnatural carnal knowledge to be criminalized in Ghana. Voters have their eyes wide open on the look out for MPs who will dare vote against the Bill so that they can be punished in the next elections.

Speaker of Parliament, Alban Bagbin’s announcement that there will be open voting rather than a secret one has worsened matters from the NPP and its ostrich airs on the Bill.

The Bill is being sponsored by 8 MPs, seven of whom are NDC. The only NPP MP co-sponsoring, Hon. Ntim Fordjour is a Reverened Minister.

According to revelations, initially seven NPP MPs were co-sponsoring the Bill but a high-up in government, suspected to be President Akufo-Addo, ordered them to stay away from the Bill. Ursula Owusu-Ekuful’s promise to water down the Bill will only go to confirm, for many observers that the NPP MPs would want to vote against the Bill but for fear of voter anger.

During the Committee’s first public sitting on the Bill, UrsualOwusu vowed that the Bill will not be the same after passage.

Mrs. Owusu-Ekuful who is also the Minister of Communications even took issues with the tone of a memo that was presented to the Committee on behalf of the Pentecostal and Charismatic Council (PCC) by Apostle Ofori Kurago saying the Council’s warning that voters are keenly watching amounts to issuing veiled threats.

“You seem to issue a veil threat to the parliamentarians who have to be mindful if the electorate in the work that we are doing and in your assertion that this will be one of the most important pieces of legislation that this house will consider.

“But this process  would also result in  significant changes to the bill  and so the bill as  we have seen it now , as with all  processes of the passage of  legislation in this house , the bill that is introduced  is not the one that is eventually  passed into law . So if you are telling us that that you support his bill as it is, that we should do our work mindful of the people out there then you are hampering us the free expression in the performance of our duties as members of Parliament and so I will entreat you to rephrase that because it didn’t come across to is well. It is as if you are telling us to be mindful of what we are doing and that any changes might result in some attack or otherwise for us doing our works.”

The Committee commenced the public hearing on the memorandum received from the public on the anti-gay bill today Thursday November 11.

The Committee has stopped receiving additional memos on the bill. Those who submitted the memo would be invited to appear before the committee with their memo and justify the stand that they have taken.