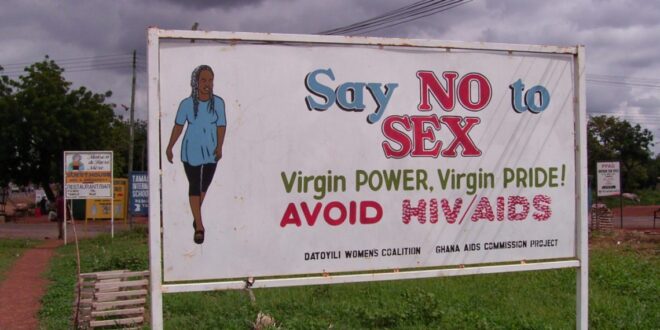 The Ghana AIDS Commission (GAC) has disclosed that illegal mining is a major factor in the increase of HIV/AIDS infections in the country.

The commission claims that illegal mining activities popularly known as galamsey have propelled a lot of indiscriminate sex activities, which in the long run increases the number of HIV/AIDS in the country.

Speaking at a ceremony to mark World AIDS day in Accra, Director-General of the GAC, Dr Kyeremeh Atuahene indicated that his outfit in collaboration with other relevant stakeholders in the mining sector has taken steps to address the canker.

“The galamsey menace can substantially contribute to the new infections and further undermine progress towards achieving the elimination agenda. A recent study that assessed the impact of national resource extraction projects on HIV transmission risks in local communities in sub-Saharan countries, including Ghana, reports that mine openings increase the odds of HIV infections almost two folds.

“It also found that new mine openings were associated with increased risky sexual behaviours such as multiple partners, high-risk sexual partners and unprotected sex with high-risk partners.”

The figure is two percent of the 948,094 people who undertook HIV testing from January to June 2022, the Programme Manager of the National STIs and HIV/AIDS Control Programme, Dr Stephen Ayisi Addo said in August this year.

Dr Ayisi Addo said most of the 23,495 people who tested positive had since been put on HIV treatment.

He attributed the figures to complacency and ignorance, explaining that awareness creation on the part of health workers had decreased.

“Some youth today don’t know HIV is there. Some know, but they have assumed that it’s gone. People are now more afraid of COVID-19 and the Marburg fever than they are of AIDS,” he pointed out.

Overall, he said, as of December 2021, the estimated population of HIV-positive persons in the country was 350,000, with only 71 percent being identified by the control program.

Of that number, he noted, over 245,000, representing 99 percent, were on treatment as of June this year.