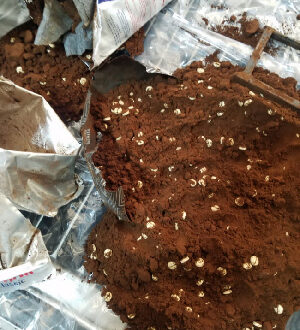 NACOC seizes US$1.4 million worth of amphetamine tablets concealed in coffee packs

The Narcotics Control Commission (NACOC) says it has intercepted some ninety-three thousand and six hundred (93,600) tablets of a narcotic drug destined for the United Arab Emirates.

The drugs, according to NACOC, were intercepted at the Central Post Office in Accra on Tuesday, November 22, 2022.

“The boxes, which were all destined for the United Arab Emirates, were discovered to contain a total of 150 packets of coffee labeled “Café Naijar Classic”. Each packet was found to contain Six Hundred and Twenty-four (624) tablets and a total of Ninety-three thousand, six hundred (93,600) tablets with an estimated street value of US$ 1.4 Million,” NACOC said in a statement.

The tablets, according to the drug enforcement agency, were found to be amphetamine, a narcotic drug, after a field test.

“A field test conducted on the tablets proved positive for amphetamine, a narcotic drug. Samples of the exhibits have been forwarded to the Ghana Standards Authority for analytical examination while investigations continue,” the statement said. 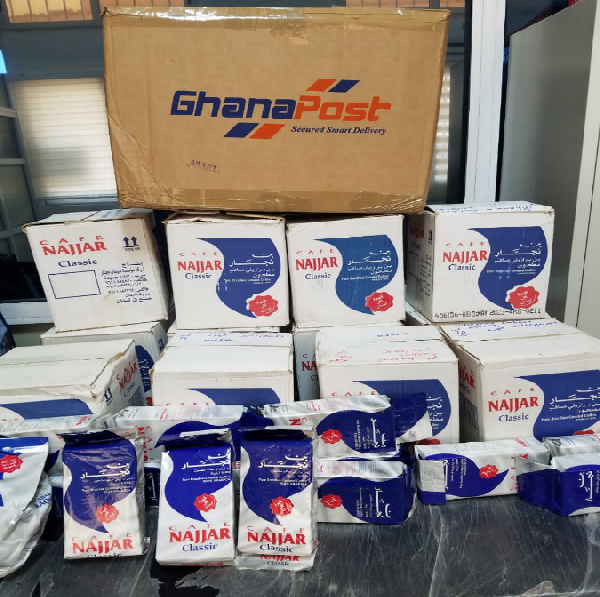 “The general public is advised to refrain from engaging in the trafficking of narcotic drugs, which is a criminal offence under Section 37 of the Narcotics Control Commission Act 2020 (Act 1019).”

“The commission urges the general public to check the contents of parcels handed over to them before taking custody in order to be informed on the contents, especially before and during the Christmas season,” the NACOC said.

https://content.jwplatform.com/previews/UqDVupt2
NACOC seizes US$1.4 million worth of amphetamine tablets concealed in coffee packs