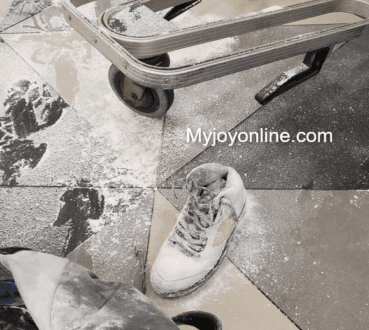 In a viral video on Twitter, travellers checking in and out were seen taking cover at Terminal 3 of KIA, while a sound purported to be an explosion was heard.

Bomb at KOTOKA ? How true is this ?
pic.twitter.com/3X0hiJRI0S

Many have speculated that it could be a weapon raising questions about the security situation at the facility.

But the GACL says around 9 pm that day, an unattended bag was sighted at the arrival hall of Terminal 3 of Kotoka International Airport (KIA).

In a statement, the GACL said it later contacted the Base Ammunition Depot Unit of the Ghana Armed Forces to conduct a preliminary assessment of the content of the bag upon which it was taken away for further investigations.

Management of GACL has however assured passengers and the general public of safety and security at the airports and has apologized for the disruption caused by the incident.