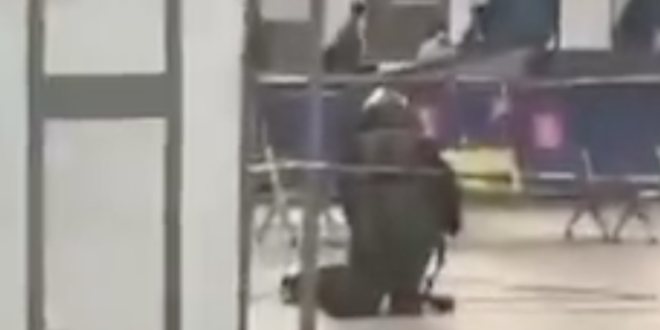 Following speculation that there was a bomb threat at the Kotoka International Airport, the management of Ghana Airports Company Limited has confirmed that there was an incident at the facility but did not indicate if a bomb was involved.

In a statement, it explained that, on Tuesday, December 28, 2021, at around 9 pm, an unattended bag was sighted at the arrival hall of the airport’s Terminal 3.

Following this, the Base Ammunition Depot Unit of the Ghana Armed Forces was called in to conduct a preliminary assessment of the bag and its contents.

“The bag was subsequently taken away for further investigations, the outcome of which will be made public,” the statement added.

Video circulating online from the airport showed an individual in an Explosive Ordnance Disposal outfit working in an area that had been cordoned off.

According to reports, the airport was put under lockdown as passengers and staff were asked to avoid parts of the airport.

The video shows passengers in the airport lying on the ground and at a point, a very small explosion resembling a firework is heard.

The video has gone viral on social media. 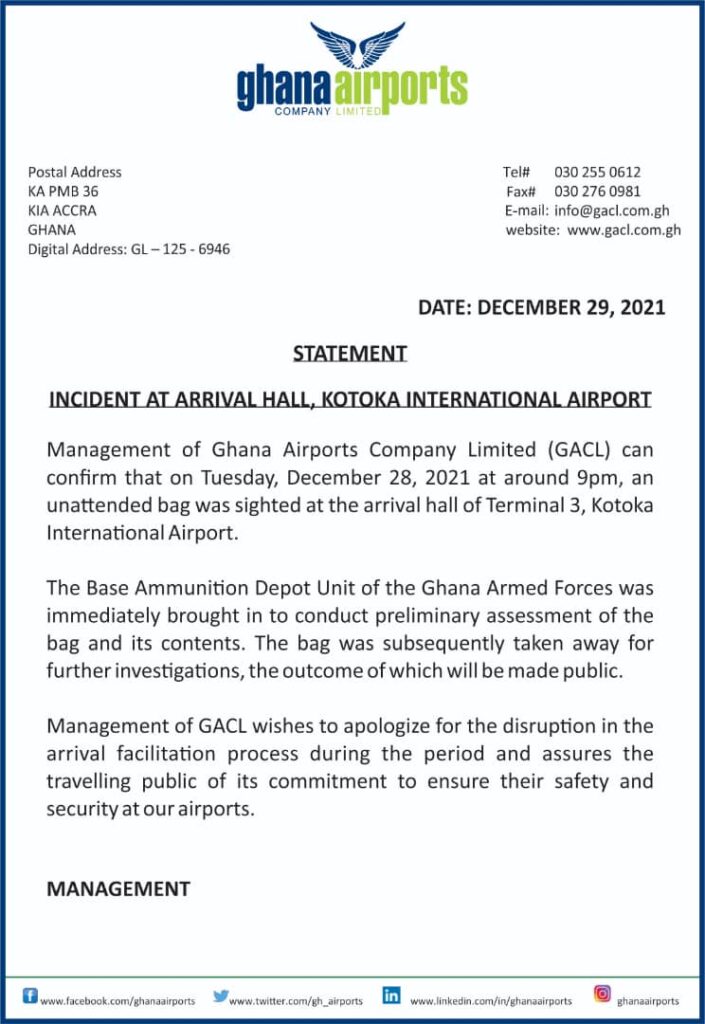