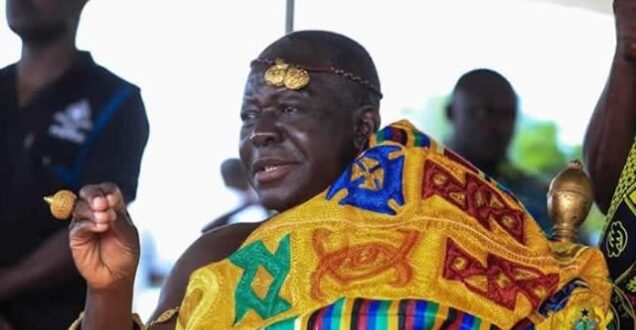 Asantehene Otumfuo Osei Tutu II says the implementation of the Free Senior High School policy has worsened the unemployment situation in the country.

“The current government has introduced free education up to Senior High School, which now ensures that all Ghanaian children from whatever background are guaranteed free education.

“Considering the value to the nation, this must be one of the boldest policies of the nation but it also brings its challenges. It puts a huge strain on the national budget and raises further the challenge about the creation of jobs for the increasing number of graduates,” he said.

Speaking at a Memphis in May event at the University of Memphis in the United States, the Asantehene added that he set up a foundation to support needy, but brilliant children through their education when he became the ruler of the Ashanti kingdom.

He says the foundation has, so far, been the largest private educational intervention which has raised many distinguished personalities in the country.

“When we ascended the golden stool 23 years ago, we proclaimed education as the ultimate priority of our reign. In furtherance of our priority, we established a foundation to support the education of children from poor backgrounds.

“It has provided tuition to students who would, otherwise, have been deprived of basic education. Among them [are] persons who have risen to serve as ministers of state and justices of the courts,” he added.

In a related development, a former University of Ghana Vice-Chancellor, Prof Ernest Aryeetey, says the quality of education in the country’s second cycle institutions is being sacrificed at the expense of Free Senior High School.

Speaking at the 10th Leadership Dialogue Series by the Centre of Social Justice (CSJ), he said the myriad of problems in the public secondary institutions calls for crucial discussions.

“It is important to accept that the decline in quality of education did not begin with Free SHS, but Free SHS will make it worse. It is going to make it worse because the schools will never have the infrastructure that they need.

“Because they don’t have the infrastructure and teachers…the quality won’t come. If you want good schools, you spend money on them,” he stated.

With many Ghanaians lamenting the current state of the country’s economy, some people have called for the review of the Free SHS.

According to a former UG Vice-Chancellor Prof Ivan Addae-Mensah, the policy has not yielded the desired impact since its introduction by the ruling government.

“I must be frank when it comes to its effect on the quality of education, I won’t give it anything than four, probably less. If anything at all, it has lowered the standard of education.