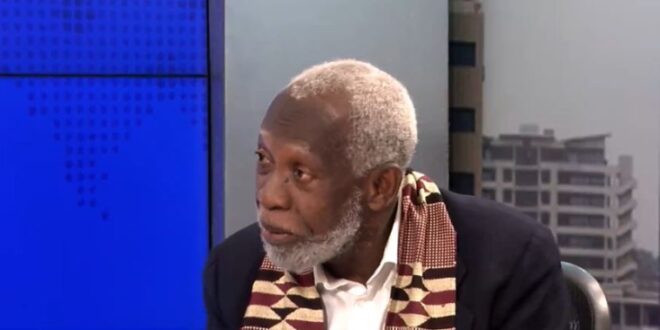 Economist and Chairman of the National Development Planning Commission, Professor Stephen Adei has called for a review of the government’s flagship Free Senior High School policy.

Speaking in an interview on JoyNews’ Upfront with Raymond Acquah, Wednesday, Prof. Adei explained that despite the numerous advantages of the Senior High School policy, the already worsened economy is being stretched by the policy because government has to allocate about GH₵7.5billion every year to the policy.

According to him, the government must exempt some so-called best Senior High Schools in the country from the policy.

“We have to look at it again. I think that there are certain schools which we should make autonomous and fee-paying and people will go there, but then make sure there are good community schools for everybody else. So the Achimota’s and the Wey Gey Hey’s, which people want their children to go, let them pay,” he noted.

“Only a small proportion of the poor come to Achimota, let the rich go there and pay. Use the Achimota funds to have very good schools in every district so that they can be there and don’t have to travel. They just come from the villages,” he said.

Prof. Adei believes quality education can be achieved when this is done.

Meanwhile, President Akufo-Addo has indicated that despite the current fiscal challenges in the country, government will continue with the implementation of the flagship Free SHS policy.

Speaking at the induction of a new Registrar and Vice-Chancellor of the S.D. Dombo University in January, 2022, the President said government is aware of existing hurdles that have adversely impacted the economy, but will continue with its social intervention programmes, due to promising measures in place.

“In as much as our nation is confronted with difficulties, caused largely by the effects of the COVID-19 pandemic, and its destructive impact on global supply chains and the operation of the global economy, the Ghanaian economy as indicated by the Minister for Finance, is rebounding strongly, after experiencing positive but slow growth in 2020. Data from the Statistical Service puts the average growth rate of the economy for the first three quarters of 2021 at 5.2%; putting us on course to exceed our provisional growth outturn of 4.4% for 2021,” President Akufo-Addo explained.