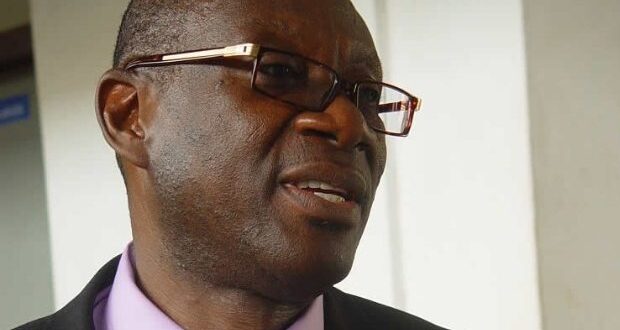 A former Executive Director of the Ghana Standards Authority, Dr. George Ben Crentsil, has been cited for taking double salary for six years while in active service at the institution.

This is according to a 2020 report of the Auditor-General’s Department.

The report said management of the Authority is to retrieve the money from Dr. Crentsil and report back for verification.

This is not the first time Dr. Crentsil’s name is surfacing in an audit report for alleged wrongdoing.

In 2018, Dr. George Ben-Crentsil was reported to have misappropriated about  GH¢1.6 million, and allegedly got kickback payments of over $1 million whilst at the Ghana Standards Authority.

He was alleged to have collected $1.2 million from Lemet Construction Company; the firm that he awarded a contract to build a new training school and hostel facility for the GSA during the erstwhile National Democratic Congress (NDC) administration.

The latest Audit Service report further accused the Board of Directors of the Ghana Standards Authority of authorising the payment of GH¢291,570.12 to the Director-General as salary and related allowances covering the period of June 2017 to December 2017.

It also found that the amount was charged on the company’s Internally Generated Find (IGF) “in contravention of the Retention of Fund Act, 2007 (Act 735).”

The report said it has already “recommended the Board to seek retrospective approval from the Ministry of Finance to ratify the salary and the related allowances paid to the Director-General.”