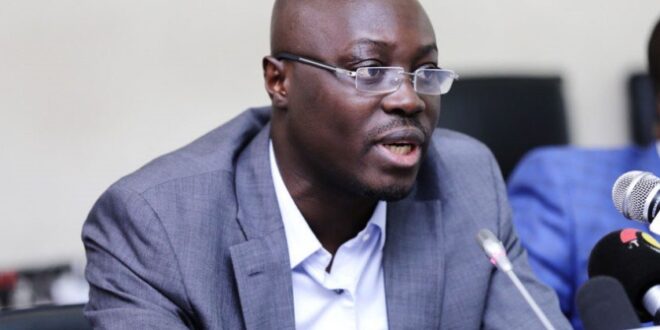 According to him, the Minister in his address to Parliament on Wednesday, June 22, failed to include funds Ghana had received from several foreign states and institutions.

He noted that whereas these funds were captured in the 2021 Mid-Year Budget Review, they did not appear in the report the Minister read on the floor of Parliament.

“This Minister of Finance has failed to account for it woefully. It will surprise you to know, I have the mid-year budget review of 2021 before me, in the year 2021 the Minister of Finance said they have mobilized 19.3 billion and 6.2 billion. If you add these two together it’s 25 billion cedis.

He stated that the exclusion of these funds was rather conspicuous and defeated the Minister’s claim to transparency and accountability.

“Germany also gave us 40 million Euros, reform financing budget support, 280 million, it’s not here. So all these monies  according to your own budget statement is missing in what the Minister has accounted for, and you don’t want us to talk about it,” he said.

Reacting to Ato Forson’s comments, Deputy Finance Minister, John Kumah stated that some of the Covid-19 funds had been used to shore up government’s revenue gap.

According to him, even though the government had managed to raise 25billion for Covid-19, it was not all used for Covid-19 expenditure thus the exclusion of some funds.

“And when you talk about budget, it’s not only Covid-19 expenditure, we needed to pay compensation on workers because Ghana was one of the few countries that kept public sector workers throughout the year even though there was lockdown and people were not going to work and all that.

“So yes we understand that we raised revenues to fill the 25billion gap but I’m saying that it’s not all the 25 biillion that went into Covid-expenditures,” he said.