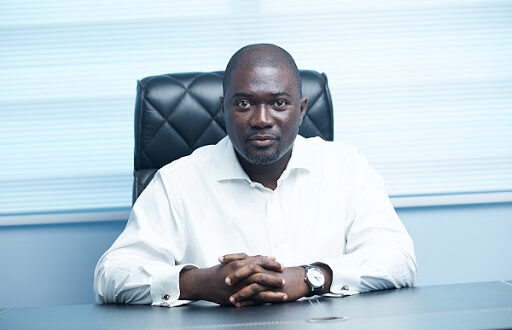 The Executive Director of the Chamber of Petroleum Consumers (COPEC), Duncan Amoah says Ghana’s economy will remain overly exposed to volatility on the global market if it doesn’t commit resources to make the Tema Oil Refinery efficient.

According to him, an efficiently operating Tema Oil Refinery will ensure that the country saves foreign currency that would ordinarily go out of the economy in exchange for petroleum products.

Speaking on The Point of View on Citi TV on Wednesday, Duncan Amoah said, “the most critical thing the policy side should contemplate at this point is to restore those institutions [Tema Oil Refinery and Bulk Oil Storage and Transport Company] because of safety net [issues].”

He suggested that the average $450 million spent monthly by Ghana to import petroleum products is too much and must be reversed to strengthen the cedi and stabilise the economy.

“You cannot continue to be an oil-producing country and kick out your refinery. If we knock out the refinery, what it simply means is that you are going to depend on Europe for your economy to run because virtually what your vehicles and engines would consume would have to be imported and that explains why the Ghanaian cedi has never been able to perform well because if you’re importing $450 monthly for petroleum products alone, you can imagine how much it takes away from your economy,” he noted.

The rising fuel prices and general spike in inflation have resulted in the exponential increase in the price of goods across the country.

As analysts propose various solutions to the problem including the government driving industrialisation, Duncan Amoah has said that given that the price of fuel affects almost every economic activity in the country, the government must take urgent steps to arrest its consistent rise.

Currently, petrol and diesel are being sold at an average of 12 cedis in the country.

“We have argued that by any means necessary, get TOR back on stream because it will give you the fuel security you need and reduce your logistical cost in importing,” Duncan Amoah said, stressing that expanding and making TOR efficient will also create jobs.

Duncan Amoah further indicated that the rising cost of fuel in Ghana is driving the illegal business of fuel smuggling, especially between Togo and Ghana.

According to him, the booming business, if not checked, will cause the country to lose projected revenues.

“[If nothing is done] We’ll have a situation where trucks will start crossing in from Togo and what it means is that your volumes in Ghana, which the taxes will be collected on, will dwindle. 10 years ago, the reverse was the case, people used to smuggle from Ghana to Togo. You can’t stop it because the profits are quite huge. The fall-out is the projected revenue that you expect to get from your petroleum taxes, you may not get it because, in your neighbouring countries, it is cheaper,” he said.