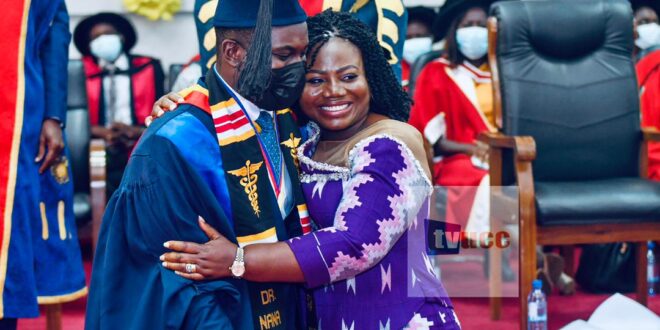 A graduating medical student of the University of Cape Coast, Medical School, Edward Akosah Danso wowed the congregation when he bagged 15 of the 21 awards at stake.

Danso, the first son of the Commissioner of Police (COP), Maame Yaa Tiwaa Addo-Danquah was the highest awardee of the four-session graduation ceremonies held on Thursday and Friday.

The university graduated more than 7300 students at four sessions of graduation ceremonies on Thursday and Friday. 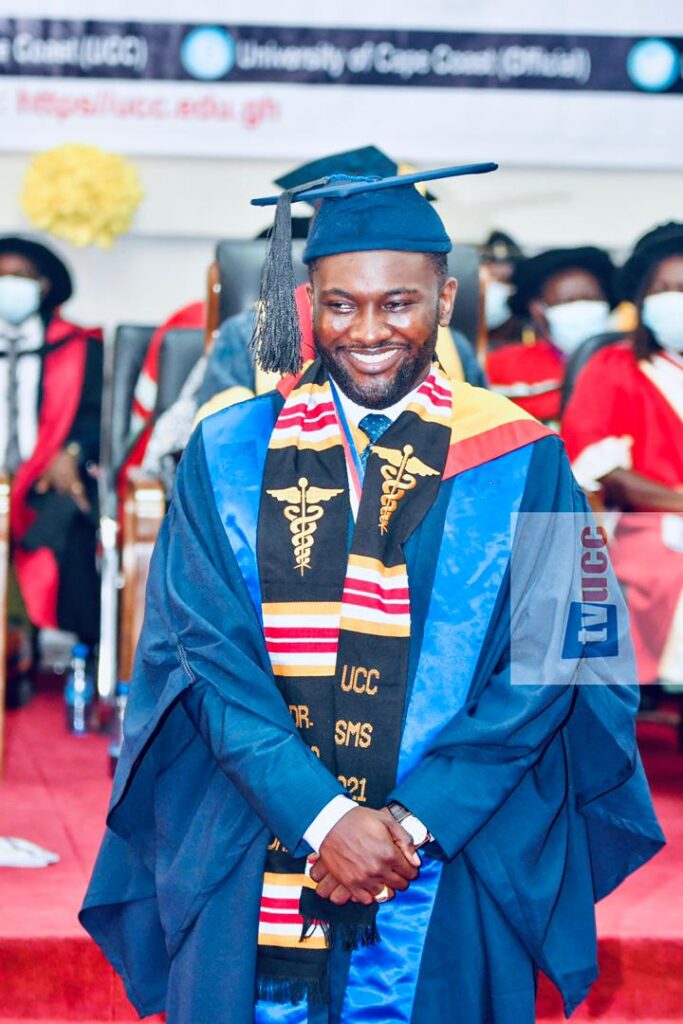 In an interview with Graphic Online, Danso attributed the feat to hardwork and an enabling environment his family provided for him to thrive.

“It was a great privilege for me to have had support from my family to thrive and come out successfully.”

“It was overwhelming and I was extremely happy to make my mother and family members proud and also inspire others who may consider me worthy of looking up to me.”

He stressed he had put in extra hours of effort to achieve such a feat, and that he would advise students to avoid things that did not have any bearing on their academic careers. 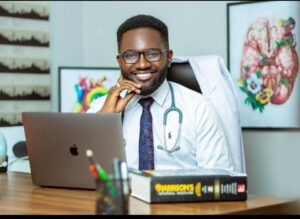 “There are some of our lands where people have encroached and we will make sure that such structures are demolished.”

He pleaded with the area’s chiefs to warn their subjects against the act.

He also warned university employees not to try to use the university’s land without permission, saying, “We will not hesitate to bring down all structures regardless of who is involved.”

The Vice-Chancellor of UCC Prof. Johnson Nyarko Boampong, UCC encouraged graduates to enter the entrepreneurial sphere, stating it was the most effective approach to alleviate unemployment.

He stated that, given their knowledge and skills, it was appropriate for them to make attempts to construct something for themselves to maintain them.

“You were trained in one of the greatest universities in the country, which should enable you to start something for yourself rather than rely on something that may not be available any time soon.”

On Friday in a speech read for the Vice-Chancellor, Professor Johnson Nyarko-Boampong, the Pro Vice-Chancellor of UCC, Professor Dora Edu-Buandoh said the university would continue to strengthen the post-graduate education to adequately prepare its products to contribute meaningfully to the country’s development.

She said the university had therefore introduced cutting edge technology by introducing electronic submission of thesis to revolutionalize thesis to improve graduation rate.

She said 15 new programmes were added to the university’s post-graduate programmes to effectively support economic, social, scientific and technological development.

She called for support and collaborations in the university’s quest to remain a university of worldwide acclaim.

She urged the graduands to be responsive to changing demands of contemporary world and be innovative hardworking and explore opportunities with determination and focus to impact their communities and the world.