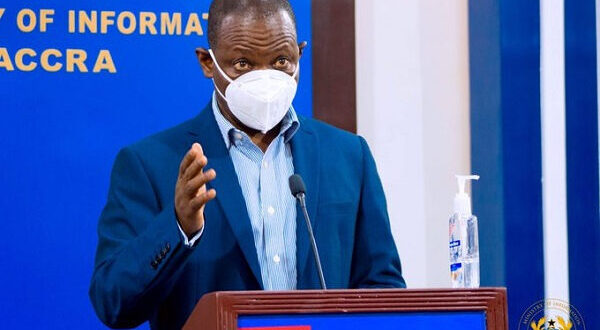 The Ghana Health Service (GHS) has denied allegations of poor COVID-19 testing among passengers at the airport, saying, such viral complaints are erroneous.

Currently, all passengers arriving in Ghana are to have in their possession a negative COVID‑19 PCR test result in English from an accredited laboratory in their country of origin.

The tests are to be done not more than 72 hours before the scheduled departure from the country of origin.

But some passengers and even the minority in Parliament have raised concerns over what they say are discrepancies in the outcome of such tests at the Kotoka International Airport.

However, in a statement, the Ghana Health Service referred and provided explanations to two passengers whose allegations have gone viral, stating that their claims are ill-informed.

It said, while one of the passengers has been discharged after three days, the other is due for a re-test.

The health management authority also took the opportunity to defend the authenticity of the testing at the airport.

“While the Ghana Health Service empathizes with persons who test positive on arrival and the attendant stresses that such an event presents to passengers, we are also concerned at the many false reportages being circulated, especially in social media. To this end, we wish to address some erroneous impressions created in the minds of some sections of the population by the false information being circulated by some arriving passengers in Ghana,” the GHS said in the statement

According to the GHS, the testing at the airport prior to implementation underwent rigorous quality checks and was found to be highly sensitive.

In addition, the FDA conducts regular monitoring of the work at the airport to ensure that it is up to standard adding that the service provider at the airport also has its own internal quality control checks to ensure results produced are accurate.

“In conclusion, the service would like to assure the general public of our full confidence in the FDA approved Covid-19 testing system at the Kotoka International Airport and will continue to enforce the testing at the airport,” portions of the statement further read.

Of these 2,386 have tested positive for COVID-19, representing 0.6% of the total Antigen tests conducted at the KIA for arriving passengers.