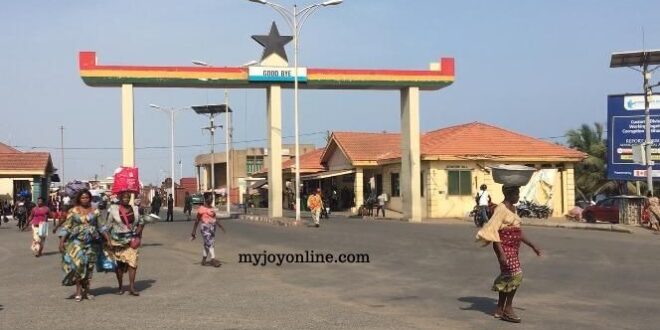 Officials of the Ghana Immigration Service caught on camera in an exposé demanding monies to allow illegal entry into the country have made appearances before a committee set up to probe the matter.

A JoyNews investigation uncovered how these officials illegally collect monies from travellers to allow entry into the country through unapproved routes near the Aflao border.

This is in spite of President Akufo Addo’s announcement of a closure of land borders to limit the spread of Covid-19.

In a piece by Kwetey Nartey, the said officers were filmed on camera receiving various sums of money from the travellers on these routes.

Head of Public Affairs Unit of the Ghana Immigration Service, Supt Michael Amoako-Attah assures any officer found culpable will be made to face the appropriate sanctions.

“We are investigating and we have to get the details as presented in the video for the committee to work on it, and then maybe invite the person seen in the video, and question, as we speak, that’s currently going on,” he explained.

He added that no office will be shielded, adding that they will make the findings public as soon as it is ready.

“Due process should be followed for us as a security institution, we’re not just run to punish somebody when the full facts of the case have not been looked into and then try to pinpoint the person who is going foul of the law, so that is what is, is being done,” he added.