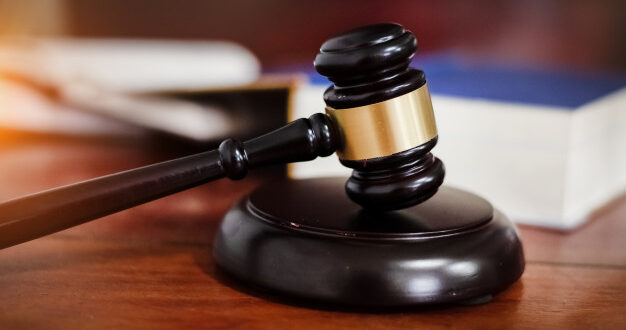 Businessman jailed for pouring acid on girlfriend and her mum

A 55-year-old businessman, Nana Yaw Mantey, has been sentenced to nine years imprisonment in hard labour by a Koforidua Circuit Court for pouring acid on his 19-year-old girlfriend and her mother on suspicion of infidelity.

The court presided over by Mrs Mercy Adei-Kotei took into account submission of the prosecution that the accused person prior to committing the offence had been restrained by a District Court from going anywhere near the victim, Deborah Osei, for circulating her nude pictures as part of his punishment.

The accused pleaded not guilty to the two counts of causing harm to Deborah and her mother Ms Kate Aku Asi, 48, and after the full trial was sentenced to nine years imprisonment on each of the two counts to run concurrently.

Chief State Attorney Mrs Emily Addo-Okyireh who led the prosecution said on December 10, 2020, the complainant Mr Kwadwo Asomani, a relative of the victims, lodged a complaint with the Police that the accused had poured a liquid substance suspected to be acid on the victims and both had been rushed to a health centre.

Upon receipt of the complaints, the Police proceeded to the scene at Akuapem-Awukugua in the Okere District of the Eastern Region, where a suspected acid burnt door curtain was seen hanging on the victims’ door.

The police then proceeded to the victims who had then been transferred to the Tetteh Quarshie Memorial Hospital, at Mampong and thence to the Korle-Bu Teaching Hospital in Accra due to the severity of the burns.

The prosecution said the accused went into hiding after the incident, but reported himself to the Police the next day at midnight and was arrested and detained.

The accused in his caution statement admitted pouring the substance on the victims and stated that he did it out of jealousy.

According to the prosecution, Police investigations revealed that the accused had been dating the victim, Deborah for the past two years and suspected she was going out with other men; a suspicion the victim denied.

She said on the said day at around 3pm, the accused went for acid and poured it on the face, chest and hands of the victims in their home and fled the scene.

In passing the sentence, the presiding judge said, “The candid view of this court is that the malicious act of the accused which has resulted in such extensive injury to the victims should not be taken lightly at all and needs to be appropriately sanctioned to deter others from similar conduct”.

She also urged the prosecution to take steps to get psychological counselling for the victims.