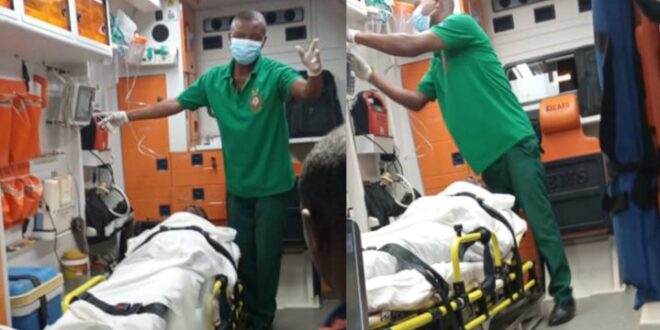 The Chief of Gyengyen, a community in the Krachi West Municipality of the Volta Region, has been shot by unknown assailants at his residence.

It is reported that the incident occurred on the night of Monday, June 13, 2022 during a short period of power outage in the community.

Nana Quansah Kpebu II was initially rushed to the Krachi West Municipal Hospital for treatment but was transferred later to the 37 Military Hospital in Accra for further medical examination.

JoyNews’ sources say he was hit by a bullet in his groin and would require a secondary medical treatment.

The Krachi West Police Cmmand has since deployed police personnel to the town to maintain order and ensure calm.