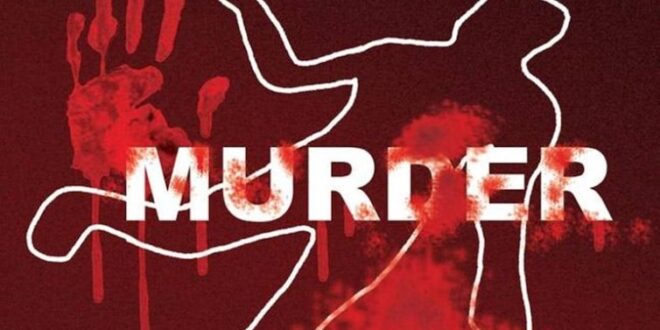 The body of the man who was beheaded last Sunday at Hobor in the Ga South municipality of the Greater Accra Region has been found.

The police said the body which was discovered on Tuesday (July 12, 2022) has since been deposited at the Police Hospital morgue, pending autopsy.

The deceased’s name is Nana Kwame. His body was found in a bus at Hobor.

Last Sunday, the Weija police arrested two persons who were found in possession of the head of the unidentified male.

The suspects, who are currently in police custody, are Samuel Amemasi, 32 and Joseph Kwesi Mawuwone, 23.

The incident occurred after the taxi cab, with registration number GW 5532-21, on which the suspects were travelling with the severed human head, got involved in an accident.

Nearby residents who rushed to scene after the accidents, ostensibly to rescue the occupants of the vehicles, later noticed blood dripping from booth of the taxi. It was upon opening it that they realised the fresh human head lying in it, leading to the arrest of the suspects by the residents.

According to residents, the person killed was said to be a driver and a friend to one of the suspects, who asked him to accompany them to the funeral of an auntie, only to lure him to a sand winning site on the outskirts of the town, to murder him and cut off his head.

They said it was when they (suspects) were making their way out of the area that the vehicle they were in got involved in the accident.

The police sources said the suspects were both residents of Papase Number One and Ngleshie Amanfro Nurses Quarters and that on July 10, 2022, at about 6 p.m., Mawuwone asked Amemasi, who used a Vitz taxi vehicle to take him to Hobor.

Subsequently, Mawuwone and the unknown person boarded the taxi cab from the Nurses Quarters area after eating a meal at a nearby house.

The police sources explained that when Mawuwone and the unknown male got to their destination, the suspect went with him (unknown person) to a certain location but returned with a polythene bag without the unknown male he went with, adding that it was when he asked Amemasi to drive to Kasoa that the accident occurred.

Meanwhile, the assembly member for Hobor, Peter Adonu, expressed shock at the incident.

He said he heard about an accident and quickly mobilised his unit committee members to move to the scene.

Following the accident, he said they called the police who responded promptly.

“By the grace of God the two have been arrested. We don’t know them in our area,” he said, adding that such an incident had never occurred in the area.