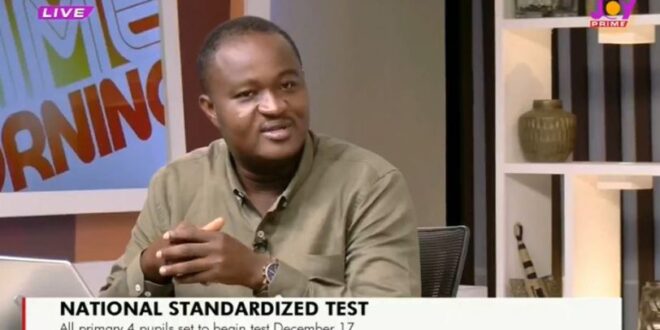 The Education Ministry says government is ready to supply some 10,000 bags of sugar and 60,000 bags of rice to schools across the country.

The Public Relations Officer for the Education Ministry, Kwasi Kwarteng in an interview on News Night said the supplies would be made to schools in the Greater Accra Region, Ashanti Region and the Upper West Region.

He said the Ministry has already dispatched trucks to deliver these supplies to various schools.

“The good news is that as of now the Minister, Dr. Yaw Osei Adutwum has intervened. As I speak to you packs of food items about 10,000 bags of sugar and 60,000 bags of rice are scheduled to be distributed to various schools across the country.

“You are looking at the Ashanti Region, about three schools there, the Greater Accra Region and largely Upper West Region,” he told Emefa Apawu on Tuesday.

However, he admitted in the interview that the government has not been able to distribute the food supplies due to a few challenges.

“We admit there are some level of challenges occasioned by delays in the supply of some selected food items which were expected to be supplied by our suppliers to the various schools. Unfortunately, those supplies could not reach the schools,” he noted.

In May, School Feeding caterers embarked on a strike to demand an increase in their feeding grant from 0.97 pesewas to 3 cedis.

The Buffer Stock Company has also been struggling to provide food to some senior high schools across the country.

In the wake of the struggle by the Buffer Stock Company, Speaker of Parliament, Alban Bagbin, tasked 5 committees of Parliament to investigate the concerns of school feeding caterers.

The Speaker also charged the committees to ascertain the challenges faced by the National Food Buffer Stock Company which is struggling to perform its role.

The committees are; Education, Finance, Gender, Children and Social Protection, Health and Food and Agriculture. They have been tasked by the Speaker to examine the feasibility, sustainability and state of affairs of the School Feeding Programme and report to the House before the end of October 2022.

Speaking in Parliament on Tuesday, July 12, he stated that this will ensure that “food, an essential requirement of life, is made available to the vulnerable school-going children in the country.”

Addressing the House, the Speaker bemoaned the poor state of the National School Feeding Programme and entreated the 5 committees to expedite investigations into the concerns raised.

“A matter of concern and public interest has been brought to my attention in the aftermath of the caterers of the School Feeding Programme’s recent protest and strike action. The caterers who ceased operations in May this year are requesting that the amount be increased from 0.97 pesewas to GH₵3 per child per meal.

“The caterers have also threatened to terminate their contract due to the non-payment of arrears by the government. The situation affects vulnerable school children and future leaders of this country,” Mr. Bagbin said.