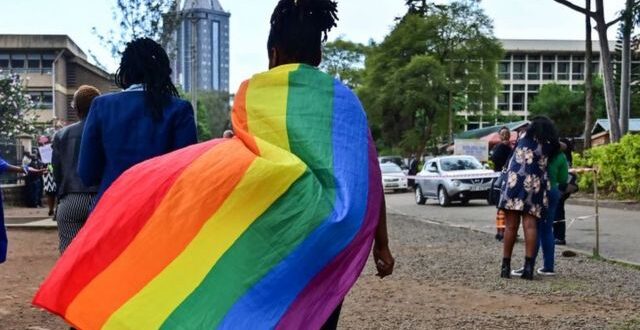 According to him, scientists have proven that there are persons who at birth, have both male and female organs (such individuals are referred to as hermaphrodites).

Speaking with Evans Mensah on PM Express, he flawed the proposed Promotion of Proper Human Sexual Rights and Ghanaian Family Values Bill, 2021 before Parliament, stating that one of the theories on which the bill is founded is that people could only be defined as males or females.

“The bill is founded on a number of foundational theories. One, that people born are either male or female at birth. That position is scientifically unfounded. It is not true,” he said.

He stated that some citizens hold such notion and it is the responsibility of government to educate the general public on some misconceptions that tend to shape their values as a people.

“Maybe if you go to my village, this is the view people will have and in many other villages. I’m saying that Ghana and its leadership, we must think beyond and provide light and enlightenment to our people.

“So if our people think this way, it doesn’t mean because our leaders must represent the people, if aspects of their thinking is wrong, our leaders will go behind them and be led by the people. Our leaders are to provide enlightenment to our people.

“So if certain values and thinking of our people are wrong, our leaders have the obligation to be bold enough to stand up and say, no, this is wrong. To premise a law that being a homosexual is inhumane, is a very heavy thing to say,” he said.

Mr Ampaw made the submission in response to calls for same-sex related activities and persons who identify themselves as part of the LGBTQ community to be prosecuted in the country.

This encompasses any person who “holds out as a lesbian, a gay, a transgender, a transsexual, a queer, a pansexual, an ally, a non-binary or any other sexual or gender identity that is contrary to the binary categories of male and female.”

Meanwhile, according to Mr Ampaw on the show, being a homosexual is not by choice or sexual preference.

“If you pass a law that says if you are a homosexual you are a crime, you are criminalizing the person’s humanity, you are dehumanizing him because of who he is. No, it is not necessarily a sexual preference.”

Per the Promotion of Proper Human Sexual Rights and Ghanaian Family Values Bill, 2021, individuals of the same sex who engage in sexual intercourse are “liable on summary conviction to a fine of not less than seven hundred and fifty penalty units and not more than five thousand penalty units, or to a term of imprisonment of not less than three years and not more than five years or both.”

But this provision has been opposed by the Human Rights Coalition and a Coalition of Lawyers, Academics and other Professionals.

The two groups in a memorandum to Parliament are requesting that the said bill tagged as Anti LGBTQ Bill be rejected.

They say the bill criminalizes dissenting view and expressions contrary to the words ‘freedom and justice’ and would make a mockery of the supreme law of the land and go beyond making the lives of LGBTQ+ persons extremely uncomfortable, as well as conflict with a number of constitutionally-protected fundamental freedoms and human rights, if passed.