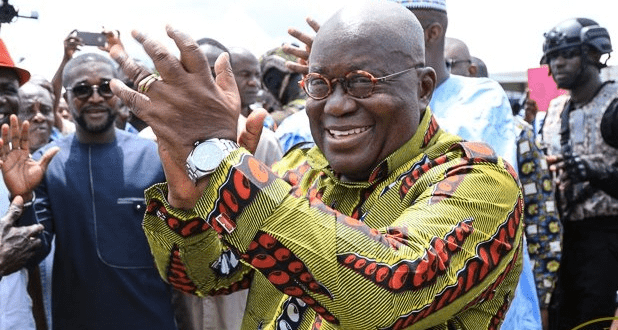 President Akufo-Addo is expected to interact with chiefs and people of the two regions, cut sod for projects, and commission a few others.

He is also expected to comment on a recent demonstration in the Volta Region by residents of Ketu South demanding the re-opening of the border.

This was made known by the Director of Communications at the Presidency, Eugene Arhin.

Mr. Arhin said he will brief the media on the details of the tour after the president is done.

“God willing from Thursday, September 9, 2021, the President will conclude his tour of the country. He will go to the Oti and the Volta regions. So from Thursday, he will embark on a two-day working visit and we will apprise you of the details of this particular tour.”

President Akufo-Addo recently completed a four-day tour of the Western, Western North, and the Ahafo regions to commission and also cut sods for the construction of new projects.